Ajinkya Rahane on Saturday revealed that his conversation with Rahul Dravid during an Indian Premier League match in Rajasthan helped him to improve his game and since Mumbai batsman has gone from strength to strength since making his debut in England. 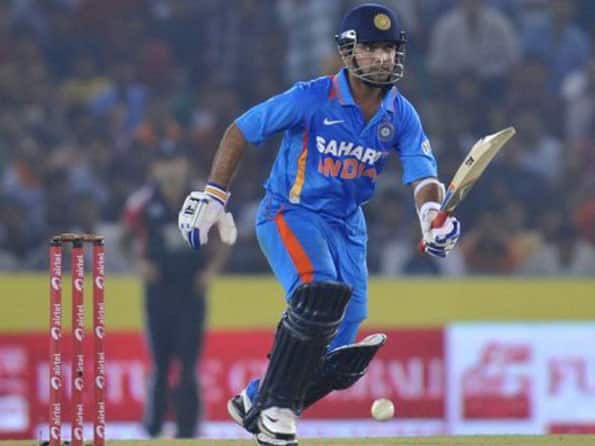 Ajinkya Rahane on Saturday revealed that his conversation with Rahul Dravid during an Indian Premier League match in Rajasthan helped him to improve his game and since Mumbai batsman has gone from strength to strength since making his debut in England.

“Batting with him (Rahul Dravid) has helped a lot. I was with him in Rajasthan Royals and then during the England series. He has guided me a lot from time to time whenever he is with me,” Rahane said while speaking about his hero.

The Indian opener said, “Dravid asked me to back myself and not to think about anything else.”

Speaking about his chat with MS Dhoni, Rahane said: “Before the last game I had spoken to the coach and Mahi bhai. They had told me that you are a talented player and you don t need to think too much. Just play the way you have been playing/ batting so far, that will only take you ahead.

“I had lots of confidence, but since my first two matches didn t go so well, I was a bit upset. But my effort was to try and not to repeat my mistakes. I had spoken to Dhoni and he told me to continue playing my natural game. I knew that once I am set I can play the shots.”

“Obviously, I was disappointed at missing the century, but if you make 90 and your team wins then there is more happiness in it.

“I played 48 first-class games so that gave me a lot of confidence. Before that, I went for the Emerging Players tournament to Australia, so scoring runs there give you a different kind of confidence that you have scored runs in another country. It gives you motivation. So, even though I had a [good] performance in domestic cricket played, the experience there had helped me a lot.”

On the series win over England, the youngster said: “In England also we played good cricket, but sometimes in cricket things don t happen the way you want them to. We are following the same routine here and everyone all the youngsters and the seniors are there for each other, backing each other and enjoying each other s performance. It s a good atmosphere.”

The opener revealed that Team India is not looking for an England whitewash: “Right now we are looking forward to Sunday s game. We are not looking ahead at 5-0. We are looking at it one game at a time and although we are 3-0 up, we still need to start again from zero.”

On whether he would be part of the forthcoming WI series: “I never speak about selection. Now there are two ODIs and one T20I to be played, so I will try to perform well in them.”

Australian players are losing their creativity in the bid for security: Greg Chappell