Currently, India are 17 for no loss in five overs, with opener Rohit Sharma on 17 and Virat Kohli on one, vs New Zealand in 5th ODI.

Indian opener Ajinkya Rahane was dismissed for an average 20 by fast bowler Jimmy Neesham, after being caught by Tom Latham at mid-wicket, against visitors New Zealand, in the fifth and final One-Day International (ODI), at the Dr. Y.S. Rajasekhara Reddy ACA-VDCA Cricket Stadium in Visakhapatnam on Saturday. It was an angled ball, bowled at full, as Rahane went for a flick to clear the mid-wicket, but instead carries easily to Latham, patrolling the area. Currently, India are 45 for the loss of a wicket in 10 overs, with opener Rohit Sharma on 17 and Virat Kohli on one. FULL CRICKET SCORECARD: India vs New Zealand, 5th ODI at Visakhapatnam 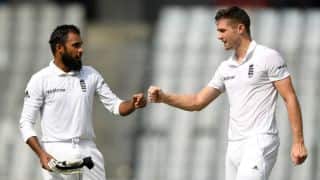 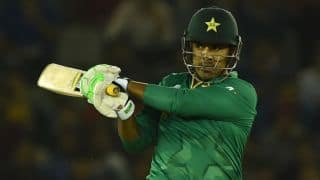