By the second session of day one a total of four catches were dropped in the slip cordon, with skipper Virat Kohli spilling one and vice-captain Ajinkya Rahane dropping three of them 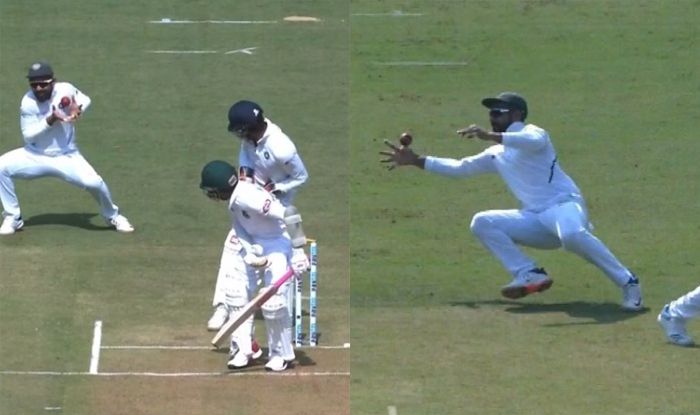 While Indian bowlers out in the hard yards to put Bangladesh on the backfoot early on day one of the 1st India vs Bangladesh Test at Indore, India’s slip catching left a lot to be desired for. By the second session of day one a total of four catches were dropped in the slip cordon, with skipper Virat Kohli spilling one and vice-captain Ajinkya Rahane dropping three of them.

Bangladesh were under the pump early on courtesy some tidy bowling from India’s pace trio of Ishant Sharma, Umesh Yadav and Mohammad Shami – who scalped three wickets each in the morning session. Skipper Mominal Haq and Mushfiqur Rahim battled hard and had luck favouring them or India’s slip cordon and they left Indian fans on social media furious.

Here’s a look at three drops from Rahane, before you scroll down to see the reactions of Indian fans and the social media and arm chair warriors, who are quick lambast anyone.

27.1 – Ravichandran Ashwin to Mushfiqur Rahim. no run, DROPPED! Rahane puts down an easy chance! Mushfiqur gets another life in this game! This though is beautifully bowled by Ashwin! Flighted ball outside off, Mushfiqur looks to defend it off the back foot but it goes off the outside edge towards Rahane at first slip. Ajinkya is slow in getting his hands to it and it lobs off his chest and into the ground. Another big miss from India.

39.2 – Ravichandran Ashwin to Mushfiqur Rahim. no run, DROPPED! Tough chance but one has to say lady luck is going Mushfiqur’s way! Short and quicker around off. It turns in sharply. Mushfiqur looks to defend with a slant bat but the ball kisses his gloves and goes to the keeper sharply at an awkward height. Saha gets his gloves to it but cannot hold onto it. Ashwin knows that it is a very difficult chance and hence no big disappointment from him.

43.3 – Ravichandran Ashwin to Mahmudullah. no run, Dropped! This is a genuine sitter and Rahane is having a torrid time here at slips. Excellent ball from Ashwin. Gives this air and draws the batsman forward. Mahmudullah lunges forward to defend but gets a thick outside edge. The ball kisses the thigh pad of Saha and goes to the left of Rahane at first slip. He gets his hand to it but the ball just won’t stick in and it comes off. Third catch dropped by Rahane, very seldom you see this from Kohli’s Test deputy. India have been sub-par in the field today. Mahmudullah has not had the best of starts here but he is getting his chances here and needs to make them count.

How many times are they going to show Rahane dropping a chance. Oh wait… Never mind. #INDvsBAN

Rahane only linked with Delhi’s IPL side and he has started dropping catches already.

There’s something about Saha’s position. Rahane seems blinded by his thighs, and not for the first time.

The third dropped catch off Ashwin (all by Rahane). All three times, he reacts late. #INDvBAN

Very uncharacteristic of Rahane as far as slip catching to spin goes. A stronger opposition, or this match being in a SENA country would have costed India dearly by now.#INDvBAN

Ashwin did have his man though as he caslted Mahmudullah around his legs, taking Rahane out of the equation 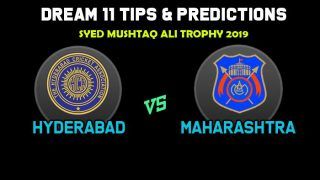 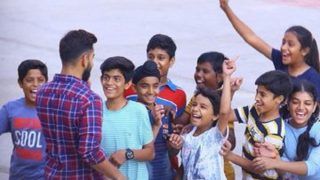