England's teenage debutant opener Haseeb Hameed made an impressive entry to the list at No.64 after scoring 31 and 82 against India at Rajkot.

Dubai: After a forgettable outing with scores of 13 and 1 in the opening Test against England at Rajkot, Ajinkya Rahane, the only Indian batsman in the top 10, dropped four places to 9th in the latest International Cricket Council (ICC) Test rankings, released here on Monday. However, centurions in the first innings, Cheteshwar Pujara and Murali Vijay rose two spots each to No.11 and No.23 while skipper Virat Kohli’s match-saving unbeaten 49 in the second essay helped him gain a spot to No.14 in the list headed by Australia’s Steven Smith. On the other hand, England’s teenage debutant opener Haseeb Hameed made an impressive entry to the list at No.64 after scoring 31 and 82 while centurions in the first Test Joe Root and Alastair Cook gained a spot each to be positioned at No.2 and No.10 respectively. Full Cricket Scorecard: India vs England 2nd Test at Vizag

England’s other centurions Moeen Ali and Ben Stokes, were, however among the biggest movers outside the top-10 batters with Ali finding himself at No.26 after gaining six spots while Stokes is at No.32 with a leap of eight spots. There was a lot of movement inside the top-10 with New Zealand’s Kane Williamson dropping a place to No.3, while South Africans Hashim Amla and AB de Villiers gained a spot each to be placed at No.5 and 6. Australia’s David Warner and Adam Voges also rose a spot each to be positioned at No.7 and 8. Pakistan’s Younis Khan retained his No.4 spot.

Sri Lanka batsman Dhananjaya de Silva (30th) and the Zimbabwe pair of Craig Ervine (56th) and Sean Williams (71st) have attained career-best rankings after their performances in the second and final Test between the two teams in Harare. Meanwhile, India’s premier off-spinner Ravichandran Ashwin continued to lead the bowler’s chart with Sri Lankan veteran Rangana Herath rising two spots to the second spot. Ravindra Jadeja also retained his No.7 spot while England duo of James Anderson and Stuart Broad lost a spot each to find themselves at No.4 and 6. READ: IND vs ENG 2nd Test: Pitch will not have much grass, says curator

Another spinner to move up the rankings is England leggie Adil Rashid, who has gained 17 places to reach the 61st position after taking seven wickets at Rajkot. England’s Stokes has reached a career-best third-ranking among all-rounders but is 56 points behind second-placed Shakib Al Hasan of Bangladesh and 106 behind top-placed Ashwin. 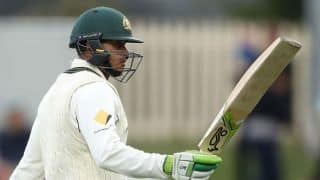 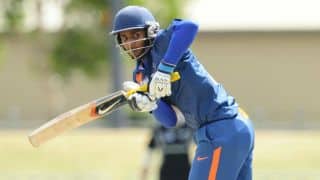