Rahane said that he meditated and read books to improve his concentration.

He has been a calming influence for India in the opening slot, the proof of which was visible during his half-century knock in the fourth ODI against West Indies here, but consistency is something Ajinkya Rahane is striving for to cement his place in the national team.

Opening the batting, Rahane scored a stroke-filled 68 off 79 balls and was on course for a century before his innings was cut short by Sulieman Benn in the fourth ODI.

But Virat Kohli smashed 127 off 114 balls and together with Suresh Raina (71) stitched 138 runs for the third wicket to set up a 59-run win for India on Friday. Asked Rahane to judge his progression as a batsman, the Mumbai cricketer said his main focus is now to convert starts into big scores.

“I have always tried my best to improve certain aspects of my game and pick certain bits and pieces from practice sessions and the matches that I play. From the previous tours till now I have realised that consistency will be an important factor. I have often got starts for the team but not been able to convert them into big ones. I realise that if I get a big score opening the innings, it will only help the team’s cause. I would want to get a lot more consistent,” he was quoted as saying by bcci.tv.

“To bring that consistency, my focus has been to keep up the momentum that I attained till I reached a score of 30 or 40. At the same time I have realised that I need to play risk free cricket and back myself to play proper cricketing shots. Opening the batting is an important slot in the batting order because it is the openers who set up the platform for the team during a run-chase or while setting a target. For improving my concentration I meditate and read books,” he said. Presently, there is huge competition in the Indian team for openers’ slot and Rahane said it is always welcome to see healthy competition for places in a side.

“It is always good to have healthy competition when you are playing for your country. You need to accept it as a challenge especially at this stage when you are playing tough cricket. I enjoy the competition. Mahendra Singh Dhoni had a chat with me and asked me to back my strengths and play according to them. I am at the moment concentrating on backing my own game and performing to my potential. I always try to focus on the present and work towards it rather than thinking about the future tours,” Rahane said. 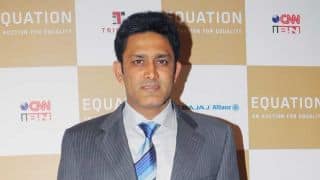 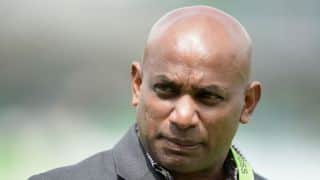