After a below par show with the six-match ODI squad in South Africa earlier this year, Rahane was excluded from the 16-man ODI squad for the three-match series in England in July.

The 29-year-old was involved in a match-winning partnership with Virat Kohli in the first ODI in Durban, playing a 86-ball 79 run knock but could only manage 11, 8, 8 and 34 (not out) runs in the rest of the series.

Speaking to IANS, Warne said, “I think he (Rahane) is obviously disappointed. But Rahane is a quality player, he is a quality act. We know he has the class.”

“He will be captaining the Test side against Afghanistan. Rahane is a wanted player and will be back. He will be playing ODIs and T20Is soon,” opined the Rajasthan Royals’ mentor.

Warne also heaped praise on Jofra Archer, the medium-pacer who missed the first few games for the Royals but later emerged with some clinical shows to help the side get back on the winning track and said Rajasthan still have a chance to enter the Indian Premier League (IPL) play-offs.

“Archer is a class player, with him we have more chance (to enter the play-offs). Disappointed not to have him for the first few games,” the 48-year-old said.

“Our chances are pretty good as players like Archer definitely help the side. He has been brilliant for us,” added Warne.

On being queried whether it has been a regret for him for not being able to lead the Australian side, the cricketing great said, “No, not all regret. Lucky to have played under good captains for Australia. I enjoyed being the vice captain.”

“I had a wonderful opportunity to work with captains like Mark Taylor, Allan Border. But I really enjoyed being the captain of Rajasthan in the first ever IPL 2008,” said Warne.

He also said that it was very tough for him to face the likes of Sachin Tendulkar, Rahul Dravid and Sourav Ganguly, who were at their prime when he first toured India in 1998.

“No wonder, they were terrific players. India had a lot of good players at that time and it was very very hard to play against those guys,” he said.

Warne said he always wanted to have good looks. He resorted to Advance Hair Studio (AHS) when he went partially bald.

“It (AHS) has helped change my life. Having good hair is an absolute booster to your confidence. You think about the hot conditions while we play. It is very important to have full-headed hair,” expressed the former Australian spinner. 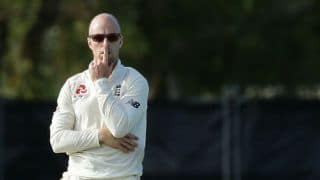