Former Pakistan captain Wasim Akram says that modern day cricketers are taking an easy option of concentrating on only the shorter formats of the game, and not giving Test cricket the due respect. Former Pakistan captain Wasim Akram says that present day cricketers are taking an easy option of concentrating on only the shorter formats of the game, and not giving Test cricket the due respect.

“It varies from cricketer to cricketer, but if you want to be remembered as a great of the game, you have to be known for playing Test cricket. For some it s easier to retire from Test cricket, to play just Twenty20 cricket, earn a lot of money and then disappear,” Wasim was quoted in The Dawn.

“Nowadays you can be a good Twenty20 player and make a career out of it, but my ambition was always to be the best player in the world in all formats and that should be the aim for every youngster,” he said.

The former pacer says that though commentating is a tough job, coaching is the most difficult aspect of the game.

“I knew how to play cricket so that was ok, not a problem. Commentating, to start off as tough, it was very difficult. Now I m really enjoying it as I have got used to it,” he said.

“Coaching is definitely the most difficult facet of cricket, because it s frustrating, as you cannot do anything yourself. Nothing is in your control once the boys have taken the field. When I played cricket, I could change the game, but as a coach, I don t have that opportunity, only the players can change the course of a match,” Wasim added. 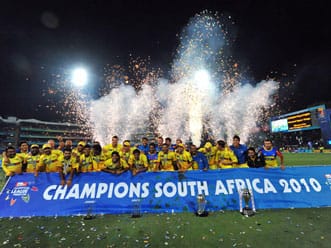 ESPN Star Sports to spend up to Rs. 300 million for CLT20 marketing