Alastair Cook has been made Commanders of the British Empire (CBE) in Queen Elizabeth II's 90th birthday honours list.

Johannesburg: Legendary England footballer Alan Shearer and country’s cricket team skipper Alastair Cook have been made Commanders of the British Empire (CBE) in Queen Elizabeth II’s 90th birthday honours list. Shearer, who is currently an acclaimed pundit with the BBC, received the honour for his charitable services to the community in North East England. Meanwhile, Cook has been named a CBE for his contribution to cricket. He became the youngest player and first England batsman to reach 10,000-run landmark. Reflecting on the same, the England opener said that he felt extremely proud to receive such kind of honour, Sport24 reported. Cook was earlier honoured with Member of the British Empire (MBE) for his brilliant performance in his side’s Ashes victory over Australia in 2010-11 while Shearer received Order of the British Empire (OBE) in 2001. LIVE CRICKET SCORECARD: England vs Sri Lanka 2016, 3rd Test at Lord’s

Earlier, England skipper Alastair Cook went for an X-Ray for blow near knee, confirmed England Cricket on Twitter. Cook took a nasty blow near his knee during England’s ongoing third Test against Sri Lanka at Lord’s, when Rangana Herath hit a drive of Moeen Ali’s bowling. The England skipper, who was standing at silly point, felt the whole wrath of the shot as the ball hit him near his knee roll. At first, he showed very little sign of pain, but the very next delivery felt the effects of the blow. He stayed on till the end of the first session, but did not arrive after Lunch. In his absence, Joe Root was made the stand-in skipper. 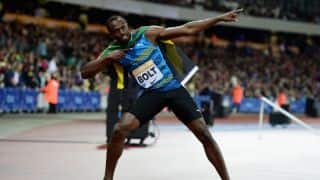