Alastair Cook achieved it when he scored 79 at The Oval.

Alastair Cook has become the leading run-scorer for England in Tests against India. During his ongoing innings in the fifth Test at The Oval, he surpassed Graham Gooch’s tally of 1725 runs in 19 Test matches. Cook has played one Test more than Gooch to overhaul his tally. He already has five tons against them and the latest innings was his seventh fifty against them. He has been a bit lucky though as a chance was dropped at slip and he wasn’t given out when he was plumb leg-before. But, what a comeback it has been for Captain Cook.  He now looks good to build on it in the future.

Most runs in England for Tests against India:

*includes fifth Test between India and England at The Oval. 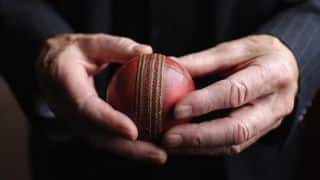 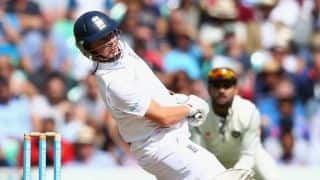