Alastair Cook feels that status itself will take a the pressure off England and make it more competitive in the five-match rubber vs India.

Mumbai: He has no qualms in conceding that England will be underdogs in the upcoming Test series against India but captain Alastair Cook feels that status itself will take a the pressure off his side and make it more competitive in the five-match rubber. England, in spite of losing a Test against minnows Bangladesh inside three days before arriving, will start the series from November 9 in Rajkot. World No.1 India have not lost a home series since going down 1-2 in 2012 to the England led by the 31-year-old Cook. “It’s a big challenge. Any time you play the No. 1 or the No. 2 ranked team in their backyard, who are very comfortable in their conditions, it’s a huge task for us. It’s a huge challenge to these guys who have not played a huge amount of cricket in the subcontinent as a group,” said Cook. FULL CRICKET SCORECARD: India vs England, 1st Test at Rajkot

“What this side has done over the last couple of years is to exceed expectations in big series. We have played really good cricket in big series. Last year we went to South Africa and won away from home when they were No. 1. These are different conditions, but being underdogs takes a lot of pressure off us,” said the Lancashire player who has a superb record against India. Beating England not going to be easy, feels Rohit Sharma

“We have got some big selection calls to make but the process has started like always when you know two games [in Bangladesh] have happened,” said Cook, who has scored four centuries and averages over 60 in eight Tests on Indian soil and 54 in 20 Tests overall. Saying the team has regrouped well after its humiliating loss to Bangladesh in the second Test at Dhaka late last month, Cook recalled what he had said at a media conference four years ago after his side had lost the series opener in Ahmedabad by a big margin.

“I remember saying in the press conference after the first Test when talk was India will win 4-0 that we might turn around and win 3-1. Anything is possible. Whatever challenge we have thrown up to these guys in big games someone has stood up and played good cricket that’s the challenge we face here where we are the underdogs,” said the stylish left-handed opener, whose highest Test score of 294 was notched against India. 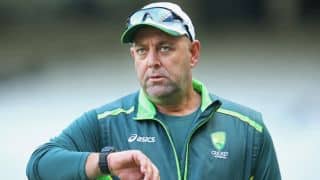 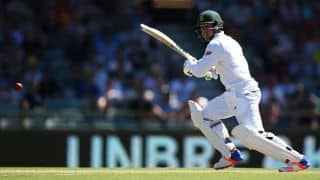