Dubai: Ahead of the ICC U19 Cricket World Cup 2016 in Bangladesh, England skipper Alastair Cook has recalled how his participation in the tournament has helped him in developing into a successful cricketer. Cook, who played in the 2004 edition of the tournament in Bangladesh, said it was a special feeling to take part in the global event. “Representing your country at a World Cup is a huge honour and a special occasion for players, coaches and families. Getting selected is down to a lot of hard work and sacrifice. An ICC U19 Cricket World Cup is a great opportunity for players to test themselves against the best in the world and hopefully create some lasting memories,” Cook said. READ: Alastair Cook upset with Hashim Amla stepping down as South Africa Test skipper

Echoing similar views, New Zealand skipper Brendon McCullum, who played in the 1998 tournament in South Africa, admitted that it was a great learning experience. “I look back at the tournament as a step up from anything I had played in beforehand,” said McCullum. “It’s an opportunity to test yourself against the world’s best and no doubt there will be some stars of the future playing this time around too.” McCullum further said his side would closely follow the performance of the young New Zealand cricketers in Bangladesh.

Pakistan ODI skipper Azhar Ali, a frontline batsman who played in the ICC U19 Cricket World Cup 2002 as a wrist spinner, said it was an important tournament for any ambitious youngster. “This tournament is taken seriously by all because it affords an opportunity to throw the young ones in the deep end and assess their future potential,” said Azhar Meanwhile, Kevin O’Brien of Ireland, who played against Cook in the 2004 event in Bangladesh, said that it was learning for the individuals as well as for the team. READ: India Under-19 squad for ICC World Cup 2016 announced; Ishan Kishan named captain 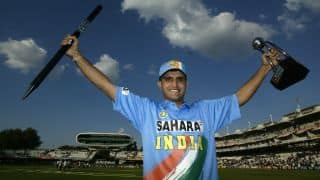