Swann had said that England did not stand a good chance of winning the World Cup.

Smarting from Graeme Swann‘s comment that England does not have a chance of winning the 2015 World Cup, captain Alastair Cook has said the remarks from a “so-called” friend are not helpful at this stage.

“I don’t think it’s that helpful, especially from a so-called friend,” Cook said after England’s 133-run defeat by India in the second one-day international here yesterday.

Speaking about England’s chances in the World Cup next year, Swann had said: “If he (Cook) truly believes England can win this World Cup . . . I am the greatest patriot there is but we do not have a cat in hell’s chance.”

Swann said that former team-mate Cook “shouldn’t be bothering playing one-day cricket”. He had said Cook’s one-day strike rate — currently at 77.98 runs per 100 balls — does not set the tone that will make England competitive in next year’s World Cup in New Zealand and Australia.

“He’s entitled to his opinion, but it’s not ideal for me, especially when you get through the summer I’ve had,” said Cook, who has had to resist calls to quit as England’s Test captain. Cook also confirmed he had not spoken to Swann about his views, but added: “The phone is always open the other way. I am a little bit [disappointed] because he is a good friend of mine and has been a supporter. It’s not helpful at this time, because I am going to be captain in this World Cup. I’ve done it for three-and-a-half years. We’re going to build up to that, and we’ve got a good chance,” he said. 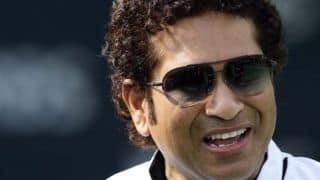 Sachin Tendulkar: Stakeholders should make most out of ISL 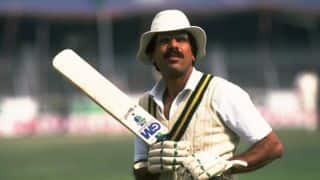