With this achievement, Alastair Cook becomes 232nd batsman to reach the landmark.

England’s leading run-scorer in Tests, Alastair Cook has achieved another milestone in his career. In the ongoing County Championship match between Middlesex and Essex at Lord’s, Cook completes his 20,000 runs in First-Class runs. He achieved this feat by hitting a boundary to Toby Roland-Jones in the final innings of the match, where Essex are given the target of 452. However, Cook departed after scoring 37 and was dismissed by Ollie Rayner. Cook, in May 2016 reached his 10,000-run mark in Tests and becoming first cricketer from England to do so.

| Alastair Cook flicks one off his legs for four to reach 20,000 first-class runs, what an achievement. Here are just 20 of them. #chef pic.twitter.com/l1YK66kEve

Cook made his First-Class debut way back in September 2003 representing Essex against Nottighamshire at Chelmsford and starting his career with 69 not out in the second innings of the match. So far, Cook has played more than 250 First-Classmatches and has hit 57 centuries and 98th fifties in his career. With this achievement, Cook becomes 232nd batsman to reach the landmark. 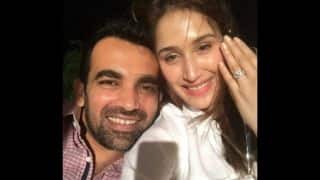