Speaking in Abu Dhabi ahead of the Emirates T20 tournament this week, Cook said, “I can’t speak about what’s gone on there in depth, but you always back yourself, and I would have loved to have had the opportunity that was taken away from me. The selectors made that decision because they thought it was the best for English cricket. Hindsight has probably proved them wrong, but now it’s very easy to say that,” Cook was quoted as saying by cricket.com.au. ICC Cricket World Cup 2015: SCHEDULE & MATCH DETAILS

Left-handed batsman Eoin Morgan had replaced Cook in December last year, less than two months before England’s World Cup opener against Australia at the MCG, which they lost by 111 runs. England went on to suffer heavy losses to New Zealand, Sri Lanka and Bangladesh to finish fifth in Pool A and miss the quarter-finals. ICC Cricket World Cup 2015: Complete Coverage

The decision to sack Cook came after England had won just nine of 25 ODIs in 2014 and the opener suffered a drop in form with the bat. He had surpassed 50 just once in 22 matches before he was axed. Speaking on another England cricketer who was sacked from the side, Kevin Pietersen, the 30-year-old said it was “very unlikely” that Pietersen would make a comeback to international cricket for England. 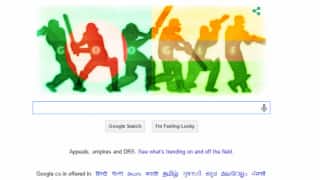