Alastair Cook said on Tuesday the prospect of being the first England side to win a home Ashes series 4-0 was a spur as they prepare for the fifth and final Test against Australia at The Oval. 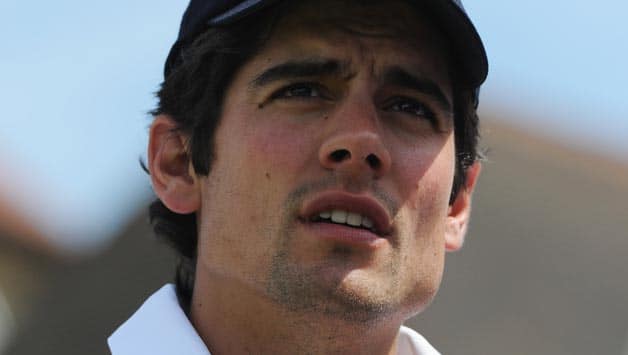 Alastair Cook said on Tuesday the prospect of being the first England side to win a home Ashes series 4-0 was a spur as they prepare for the fifth and final Test against Australia at The Oval.

At 3-0 up, England have already retained the Ashes and won the series.

But England captain Cook was in no doubt about the worth of a 4-0 scoreline.

“I think it would be very special. To win the Investec Ashes 4-0 has never been done before [by England] so that is our motivation as a side,” Cook told reporters at The Oval on Tuesday, the day before the match.

“We have a lot of record-breakers in this team and the chance to add another little notch is a great motivation,” added Cook, the only England batsman to have scored 25 Test hundreds.

“Any time you can beat Australia is a great feeling.”

Unlike the past two Ashes series in England, in 2005 and 2009, this one has been decided before The Oval Test and Cook said: “It is a good feeling, of course. When we were sitting before the series, to be here at The Oval 3-0 up you’d certainly have taken it then.

“But every time you pull on that England shirt you are desperate for a performance that merits that shirt and merits the lions and we are desperate to do that.”

For all England’s recent success, Cook’s captaincy has still come in for criticism, with the likes of Australia great Shane Warne deriding the opener’s “way too cautious” approach during the fourth Test in Durham, which England won by 74 runs after Stuart Broad sparked an Australian batting collapse.

“I’d much rather be in my position getting criticised for my captaincy and being 3-0, make no mistake about that,” Cook said.

“It hasn’t been the first time I’ve been criticised as a player or a captain and it certainly won’t be the last,” he added.

However, it’s been a different story this series, with 218 runs in four matches and a best of 62.

But Cook insisted the cares of captaincy were not affecting his batting.

“That’s certainly not why I haven’t scored the runs I’d have liked in this series. Sometimes it’s the natural ebb and flow of form.

“All I can do is know that my record suggests that I will score runs. I’m hammering my basics — I’m doing the good stuff — and it’s just a matter of time hopefully before it turns and I get a little bit of luck, which you always need at the top of the order, and get that score.”

Cook has lost just one of his 13 Tests as England captain since being appointed to the role full-time after the retirement of former opening partner Andrew Strauss last year, with his record including a series win in India.

But the 28-year-old, who inspires great loyalty from his colleagues, found it hard to describe his captaincy style.

“It’s for other people to judge whether you’re a good leader or not. I can only say the guys have been excellent for me, and long may that continue.”

And no-one has been better in this series than England batsman Ian Bell, who has so far scored exactly 500 runs, including three hundreds.

“He’s got to be very close to the man-of-the-series [award] because those runs he’s scored have been fantastic when we’ve needed them the most,” Cook said of Bell.

“They’ve been vital runs all the time, all three of his hundreds. He couldn’t have done any more.”