England captain Alastair Cook on Thursday said that his side's domination of India at home in the one-dayers last month was a thing of past and will have little significance when the two teams lock horns in the five-match ODI series starting Friday. 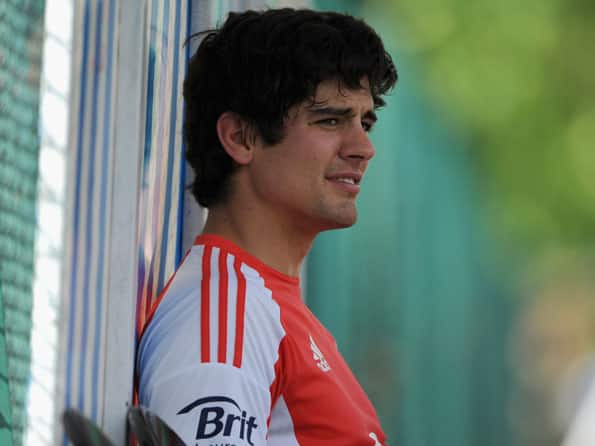 England captain Alastair Cook on Thursday said that his side’s domination of India at home in the one-dayers last month was a thing of past and will have little significance when the two teams lock horns in the five-match ODI series starting Friday.

“What’s gone is gone and we are totally off it. This is a new series and everyone knows how strong India are at home. We have had a good 10 days here so far. We have practised well and played two warm-up matches and are ready to produce a challenge,” Cook told reporters at match-eve press conference.

England had handed a 3-0 drubbing of India in the five-match ODI series at home last month.

Having already risen to number one Test side, Cook and his men are gearing up for another challenge — to become the only second team after Australia to win a bilateral ODI series in India.

“Hopefully we can challenge that status. We know that we play our best cricket we can beat any side in the world,” he quipped.

England have got a slight advantage of having played under new ICC rules on Powerplays during their two warm-up games against Hyderabad XI and Cook feels that it can change the “dynamics of the game.”

“My observation after two warm-up matches is that it can change the dynamics of the game. We can see the use of spin a lot earlier in the innings. As early as 10th, 11th or 12th over and more spin towards the end of innings,” he explained.

Cook also seconded his Indian counterpart Mahendra Singh Dhoni’s view that there may be lack of reverse swing due two new balls being used from both ends under the new rules.

“There is less chance of reverse swing unlike earlier but I would be happy if even one odd ball reverses,” he said.

Young Jonathan Bairstow, who hit a cracking century in the warm-up game against Hyderabad XI, came in for some special praise from his skipper.

“He is a special player. He showed that he can be good finisher as the innings he played against India at Cardiff.

He can clear the ropes and for a 21-year old it’s really good thing. He has already made a name for himself,” Cook said.

About the dilemma of whether to pick Ian Bell or Kevin Pietersen, Cook said, “It might sound obvious but my job is to try and pick the best possible side. As a captain, it’s nice to see that there is competition within the side as well as those who are not in the 15.”

Cook conceded that Batting Powerplay has been area of concern for England.

“It is an area that we haven’t done as well as some of the other sides,” he said.

Cook informed that though no official vice-captain has been appointed for the series, senior off-spinner Graeme Swann will be performing the deputy’s duty.

Regarding ICC’s decision that Decision Review System is no longer mandatory, Cook said that England believe in utility of technology but are not overtly bothered by its non-usage in the series.

About the strip at Rajiv Gandhi International Stadium, Cook said that he expected that it will be devoid of any grass.

“We knew that there won’t be too much grass on the wicket,” he said.

Asked if Swann’s recent comments about Kevin Pietersen’s captaincy in his book ‘The Breaks Are Off’ has been a kind of disturbance for the team, Cook was quick to say that “not really. We are a strong unit and we have been very united.” (PTI)

We will not underestimate Sri Lanka: Misbah-ul-Haq