Cook and Ballance have been solid after Robson's dismissal.

Gary Ballance and Alastair Cook have helped England recover after the early loss of Sam Robson on Day Two of the fifth Test against England at The Oval. England had bowled India out for 148 on Day One and since then, they have moved to 103 for one. Ballance has been solid since his arrival at the crease and Cook continues to build on his start.

Varun Aaron had got the wicket of Robson as he bowled one full and it hit the stumps. Bhuvneshwar Kumar also bowled and now Ishant Sharma has now come on to the bat. England are continously building on their start and it is important as they can take firm control of the Test match today.

It has been a tough ride for India and they face a huge task before them, if they are to come back in this game in any way. 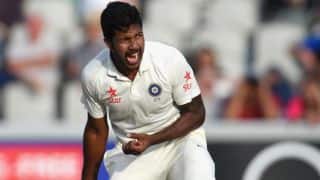 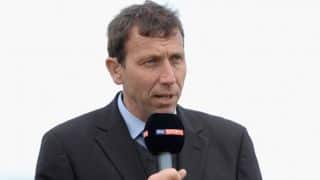