The loss in the Sydney ODI was England's eight straight international defeat in Australia.

Alastiar Cook may well resign as England’s One-Day International (ODI) captain after Australia defeated England and took an unassailable 3-0 lead after their seven-wicket win at Sydney.

The defeat may have mired England into further crisis as they had already lost the Test series by a 5-0 margin and added further misery to England’s deteriorating tour Down Under, reported Fox Sports.

Cook who will surely reconsider his place as England skipper after the tour finishes said, “I think I am going to have to make a decision on that stuff after we take stock after the next two games.”

“We are going to have to sit down and talk about a lot of things. I think there will be some changes, I think English cricket needs a little bit of a change as well,” said Cook.

“Obviously in the last few months we haven’t played the cricket we are capable of and we have to look at the reasons why but this is not really the time and place to discuss that,” added Cook.

Cook, who was tipped to retain his captaincy after England’s defeat in the Sydney Test, says that things have seriously changed for his side since that humiliation.

“I don’t really want to get dragged into it. It’s been two weeks since someone has asked me that question and a lot has happened in two weeks. We have kept losing games of cricket and I haven’t been able to turn it around,” said Cook.

The latest loss at Sydney was England’s eighth straight loss to the Aussies and Cooks statements could indicate that he is ready to step down as England’s ODI skipper.

“We deserve the stick we get because we haven’t won anything. I have a job to do to try and turn this around and try and win one of these games, I am going to leave everything out on this pitch,” concluded Cook. 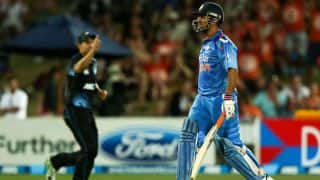 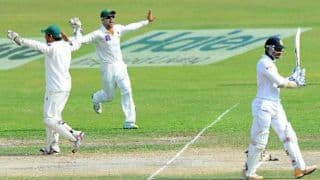