Cook expressed content with the schedule in the coming months with a special focus on ODIs.

England captain Alastair Cook is of the opinion that the team’s sole focus on One-Day International (ODI) cricket between now and the World Cup is an exciting chance to build up a strong challenge.

England beat India in the final match of their ODI series with India to avoid a complete whitewash in the five-match series and will next tour Sri Lanka in November and December, followed by a tri-series in Australia ahead of the World Cup starting in February.

Cook said that England can concentrate on improving, and added that the last time they had a focus like this they got to the Champions Trophy final, reported BBC.

The skipper said that they have got an extended period of working on their games in one-day cricket, which they have never had before, adding that they know they have got to work on being able to knock spin around better so they can take the better option of when they want to take the big shot, not when they are forced to play a big shot.

Cook also said that they know later on in the game England struggles with death bowling a little bit but he thinks that they have improved a lot in the last six months.

England will play seven one-day internationals in Sri Lanka between November 26 and December 16, before meeting hosts Australia and India in a tri-series down under in January and February.

They open their World Cup campaign against Australia in Melbourne on 14 February. Cook said that it is exciting that England has got this opportunity to really take big steps forward in one-day cricket and hopefully do something special at the end of it.

After three heavy defeats against India, England reversed their poor run of form in 50-over cricket with a 41-run win in the final match of the series at Headingley on Friday. Joe Root ‘s 113 laid the foundations for England’s success, and the batsman drew praise from his skipper, who contributed 46 to the winning side’s total. England can forget about shorter forms without IPL: Kevin Pietersen 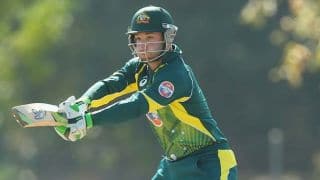