Cook played in the controversial Lord's Test of 2011.

England captain Alastair Cook revealed his growing concern regarding the prevalence of spot-fixing within cricket on Monday, as fresh evidence of corruption came to light.

Cook’s comments followed hot on the heels of reports in the British media that Brendon McCullum, the captain of New Zealand, had told the International Cricket Council (ICC), he’d been approached to underperform by “a hero” in matches back in 2008.

“You know the tell-tale signs,” Cook said in an interview with the London Evening Standard published on Monday.

“But you can always do more, can’t you, if it is still going on now? It is a worry,” the opening batsman added.

Cook played in the controversial Lord’s Test of 2011 which led to three Pakistan players — Salman Butt, Mohammed Asif and Mohammed Aamer — being banned and jailed for their roles in a spot-fixing scam.

“I’ve been involved already in a high-profile game which has been changed by (corrupt practices), and it cheapens the sport.  Clearly, there are more and more cases that seem to be coming up now.”

“It makes you incredibly worried. I know from how I play the game, you’re trying to protect the values, the traditions and history of the game — and play it in the right way.”

“I’ve never been exposed to it personally and I don’t know how deep it goes, but it’s obviously a very serious situation.

“People have said it’s the tip of the iceberg — and if that’s the case and more and more comes out, it will damage the sport.”

Earlier, New Zealand Cricket (NZC) insisted McCullum was not under investigation for corruption.

NZC said it was “dismayed” that McCullum’s testimony to the International Cricket Council (ICC) anti-corruption unit had been leaked to the British media, saying he was committed to cleaning up the game.

“We can confirm that Brendon is NOT under investigation by the ICC and his testimony has actually been applauded by them,” it said in a statement.

Britain’s Daily Mail reported online Monday that McCullum told investigators he was approached by a “world renowned former cricketer” twice in 2008, first in Kolkata ahead of the inaugural Indian Premier League, then during New Zealand’s tour of England later that year.

McCullum reportedly said the former star, player X, whom he described as “a hero who became a friend”, offered him up to 107,000 pounds (180,000) to underperform in matches.

“(X) said that the ‘Big Boys’ in international cricket were doing it and he didn’t want me to miss out,” the Mail quoted McCullum, who this year became the first Kiwi to hit a Test triple century, as saying.

Player X is believed to be the same person who former New Zealand batsman Lou Vincent admitted to the corruption probe that he fixed matches for, it said.

Vincent was revealed last December to have been under investigation along with fellow New Zealanders Chris Cairns and Daryl Tuffey over allegations of match-fixing.

He later confirmed he had been approached by bookmakers. 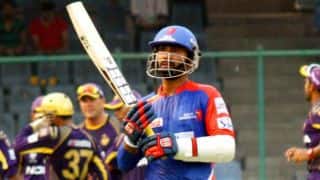 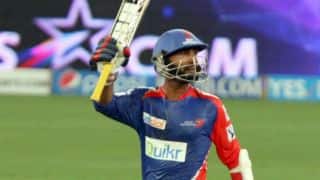