Alastair Cook's England have to be innovative in their tactics: Glenn McGrath

Alastair Cook's England have to be innovative in their tactics: Glenn McGrath

McGrath isn't totally in favour of Cook giving up the England captaincy.

Glenn McGrath, the former Australian paceman believes that England are getting stuck with a few plans and have no alternatives once it goes awry on the field of play. McGrath isn’t totally in favour of Alastair Cook giving up captaincy and believes that he should continue if he is happy to perform the role.

Speaking to Cricket Australia’s official website, McGrath said, “I like Cooky, and I have a lot of respect for him. But England are fairly set in their ways. They seem to have plan A and then plan B is nearly non-existent — it’s stand back and wait for the opposition to make a mistake. I think in this day and age you have to be a little bit more innovative and think on your feet a little bit more.”

Cook’s captaincy has come under some intense fire after the recent defeat to Sri Lanka at home. Shane Warne has been amongst his biggest critics and believes that Cook hasn’t done his job well. England have been criticised for being defensive and not pressing the issue, which led to a draw at Lord’s and then a defeat at Headingley.

“It will be interesting to see what happens between now and the start of the India series because that’s a big one for them. They’ll want to turn things around and start playing some better cricket. Whether that’s with Cooky as captain or somebody else taking over the reins: I’ve always said, you replace a captain if he steps down or if there’s someone better to replace him with. If there’s no one that’s going to do a better job, and he’s happy to do it, then the captaincy should stay with him,” McGrath said about Cook’s captaincy.

England are now gearing up for the five-match Test series against India this summer. Cook’s captaincy would again be in focus during this series. His captaincy had actually begun against the same opposition back in 2012, when he led them to a memorable 1-0 triumph on Indian soil. This time, Cook’s men would want to repeat their heroics of 2011, when they thrashed India 4-0 in the Test series. Such a result may certainly put the criticism to rest. 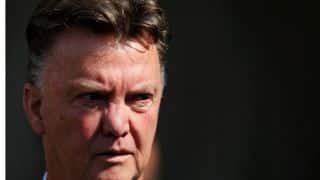 Shoaib Malik: Some Pakistan players did not want me to succeed as captain