Pakistan‘s top umpire Aleem Dar has called on Pakistan Cricket Board (PCB) to take a leaf out of India‘s book and improve the pay scales for officials in the country.

“You look at our neighbouring country, their umpires in domestic cricket get paid double of what Pakistani umpires are paid and don’t forget our currency value is lesser than theirs,” Dar said on Geo Super channel.

Asked about the concerns over the declining standard of umpiring in the country, Dar, who twice won the ICC Umpire of the Year award, said things would not improve unless more former players don’t join the profession.

“In other countries more former players are becoming umpires but we don’t see this trend in Pakistan because the umpires are not well paid neither are they given required facilities and benefits by the board,” he said.

Dar said he had advised the PCB to review the pay structure and facilities given to umpires.

“I have told them they need to give central contracts to umpires, improve their fee structure and also provide them with other facilities,” he said. 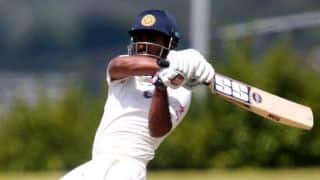