Aleem Dar who has officiated in over 100 Tests said the ICC also had no issues with his performance, and is eager to continue until the ICC Cricket World Cup 2019.

Karachi: Top Pakistani umpire Aleem Dar has had denied speculations that he was planning to retire from the ICC‘s Elite panel of umpires, saying he is eager to continue till the next ODI World Cup in 2019. Dar, 48, who has officiated in over 100 Tests said he had no intentions of retiring from the game as the ICC also had no issues with his performance. “I have not thought about this [retiring]. In fact I want to umpire until the next World Cup but that is for the ICC to decide,” he told a news conference at the Lahore Press Club. Dar also said that he had always enjoyed umpiring in India and as soon as relations improved between the two countries he would be ready to go there and supervise matches. Video: Virat Kohli’s special message to Aleem Dar’s son

“As an elite panel umpire I follow the instructions of the ICC but yes I would like to umpire in India again,” said Dar, who was forced to pull out of the India-South Africa series last year after diplomatic relations between the two nation deteriorated rapidly. The seasoned umpire said that he supported the use of modern technology in world cricket because it had helped ease concerns of players. Aleem Dar’s ‘Scottish sons’ reason behind Kilmarnock CC oust from league

“The use of modern technology in referral systems and the presence of match referees has helped relax the players and their attitude has also changed with the umpires,” Dar added. Dar supported the use of referral system in T20 cricket and said it was necessary. He said his most memorable assignments had been in the World Cup 2011 and in the Ashes series.

“The World 2011 was a milestone for me as none of my decisions were reversed even after referrals were taken,” he said. “To me the basic requirement to being a successful and respected umpire is honesty,” the winner of three ICC awards said. Dar urged the Pakistan Cricket Board to pay more attention to the umpiring department as he wanted to see more match officials from the country on the international and elite panels.

“I think first of all we need to improve the pay packages for umpires in Pakistan. In England and Australia the pay packages for umpires aare so attractive that they don’t even want to come on the ICC elite panel,” he noted. Dar said the PCB should encourage more former Test and seasoned first-class players to come into umpiring specially those with the right skills and background. “But that will only happen when umpiring becomes a well paid profession in our country.” 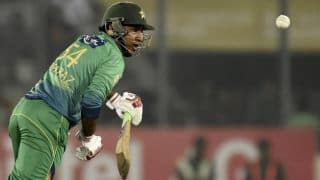 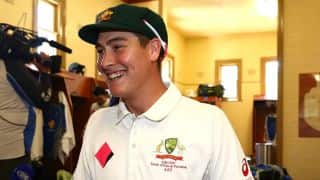