The Super League tournament is set to begin on July 30 and Blackwell is excited to play for the Yorkshire Diamonds.

Australia’s Alex Blackwell will soon fly off to the United Kingdom (UK), where the inaugural season of the England’s Women’s Super League will take place. The all-rounder believes that her experience as a senior cricketer at the highest level will help her overcome challenges on foreign soil. Blackwell will head to England along with players like all-rounder Ellyse Perry, wicketkeeper batter Beth Mooney and medium pacer Rene Farrell. The Super League tournament is set to begin on July 30 and Blackwell is excited to play for the Yorkshire Diamonds, which will also feature the likes of England’s medium fast bowler Katherine Brunt and South Africa quick bowler Shabnim Ismail as well. READ: Meg Lanning ruled out of Super League due to shoulder injury

“The Women’s Big Bash really freshened up my approach to cricket and I’m really exiting to be part of the Super League, Blackwell said just before her departure for the UK, as quoted by Cricket.com.au. She added, “I hope I can share my experience from the Big Bash share with the Yorkshire Diamonds. I’m not in a captaincy role there, but I’d like to share that experience as a senior player.” READ: Women’s Super League: ECB reveals final squads

Blackwell also said that she has worked on her big hitting abilities, while trying to play good cricket shots as she feels that in T20 cricket, a batter should try to maximize the impact she has a on a game. She said, “The last two weeks I’ve had two heavy weeks leading into this camp for the Southern Stars and really looked at power hitting as my main focus, while also playing good cricket shots.”

She added, “I’ve got all the tools in my tool bag, but it’s about using them at right time and going out there with confidence. You have to let loose a little bit in T20s. You face on average 15 balls in a T20, so it’s all about how you have an impact with those balls and move the game.”

The Women’s Ashes in England was a huge success, and Blackwell is hoping that the Super League is also a successful tournament and sees people turn out in big numbers. She said, “They did a fantastic job marketing the Ashes matches, with sell-out matches at county games for standalone women’s internationals. Hopefully this might be a similar story. It’s a new competition, and it’s not international but it’ll be interesting to see how the public embrace. I expect there will be strong crowds.”

But Blackwell is also expecting the second edition of Women’s Big Bash starting December to be a success after the first season. “I just thoroughly enjoyed the playing in the Women’s Big Bash and I think we saw the tip of the iceberg really with the potential of that tournament. We’ll see some improvements with totals, number of sixes hit, athleticism in the field, but right now we should be proud of where it is at,” she explained.

She added, “Professionalism hasn’t occurred yet at a domestic level, so as that improves I think we’ll see the standard improve even further.”

Meanwhile, Perry is looking forward to the Super League in England and she feels the four Southern Stars representatives will benefit from the long run because of it. “Sometimes a change is as good as a holiday, as they say, so from my point of view it’s a fantastic opportunity to be involved in another world class competition,” Perry said.

She added “To work with new players and new coaches you can always pick up something different, so that’s a really exciting opportunity and I think we’ll all really benefit from that.” 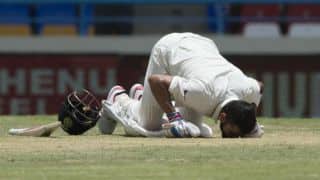