Hales aims to prove his mettle in 50-over format through performances with England Lions.

England’s Twenty20 wicketkeeper Alex Hales is eager to prove his mettle in the 50-over format and claim a spot in the side for the World Cup to be held in 2015. Hales is aiming for a good outing in the domestic 50-over format. The England and Wales Cricket Board (ECB) have scrapped the 40-over domestic format and reverted to the traditional limited overs format. Hales is also part of the England Lions squad which is scheduled to play a triangular series involving New ZealandA and Sri Lanka A.

“I think 50 overs is a good idea, particularly with the winter England have coming up with seven ODIs in Sri Lanka and the World Cup. It’s a good idea giving us guys who haven’t played it for a while an opportunity to remember what it feels like because I can’t really remember what the 50-over comp was like. It was only the first couple of years of my career,” Hales was quoted as saying by The Telegraph.

Hales adds that it is important for him to get out of the dasher tag picked by playing T20s for England.  “It’s a big two to three weeks for myself and James Taylor. There are Lions games coming up, it’s a strong squad and every guy in that team will have one eye on the winter so it’s a good opportunity for all of us.

“I think my reputation has always been as a bit of a dasher, a 20-over specialist, but I think I have shown the selectors this year that I can build an innings. My four-day form has found itself again after last year’s shambles. I feel in a good spot and hopefully I can take that red-ball form into the 50-over stuff,” he said.

Hales shot to fame during the ICC World T20 2014 when he hit 163 in 66 balls against Sri Lanka in the preliminary stage. 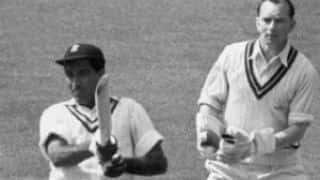 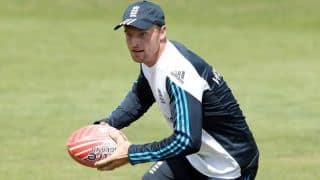