The batsman was axed from the World Cup squad after he reportedly failed a second positive test for recreational drug use.

England head coach Trevor Bayliss says Alex Hales still has an international future despite being axed from the World Cup squad after he reportedly failed a second positive test for recreational drug use.

The Nottinghamshire player was named in England’s preliminary 15-man squad for the tournament beginning later this month only to be withdrawn last week.

But Bayliss said the door was open for the hard-hitting 30-year-old batsman, who has played 70 one-day internationals and 60 Twenty20 internationals.

“Alex still has an international future,” Bayliss told Sky Sports. “I have spoken to him and given him that message.

“It’s certainly not the end of him. He’s a very important player and there is no reason why he can’t come back.”

He added: “I think we’ve come to the right decision. Being respected off the field as well as on it is very important.”

And the Australian head coach said the England selectors would have to make a “very difficult decision” following the impressive form of newcomer Jofra Archer, who made his debut against Ireland last week.

Speaking about the Barbados-born all-rounder, Bayliss said: “He’s fitted into the group extremely well. He’s a fairly quiet sort of a guy. He looked very nervous in that first game in Ireland as anyone making their debuts usually are.

“It’s all looking good. It’s going to be a very difficult decision for the selectors, whichever way we go.” 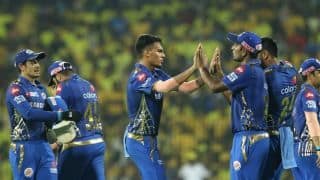