India A’s tour of New Zealand began on an emphatic note with a 92-run drubbing over New Zealand XI in the first warm-up on Friday. Riding on half-centuries from Ruturaj Gaekwad, Suryakumar Yadav and captain Shubman Gill, India posted a strong 279 for 8 after which Khaleel Ahmed claimed four to bundle New Zealand XI out for 187.

India A lost opener Mayank Agarwal cheaply but Gill and Gaekwad came together to add 89 runs for the second wicket. Gill looked in ominous touch hitting seven boundaries and scoring at a strike rate of 75. Gaekwad was the more aggressive of the two striking eight fours and two sixes and even after India A lost its captain, he sustained the momentum and added another 89 runs with Yadav.

The two batsmen milked runs but New Zealand XI hit back with their wickets in quick succession. Sanju Samson and allrounder Vijay Shankar couldn’t contribute much and it was Krunal Pandya’s 31-ball 41 with two fours and three sixes which lifted India A beyond the 250-run mark. Zak Gibson picked up the final three wickets to finish with 4/51.

New Zealand started the chase positively putting up 82 runs for the opening wickets inside 18 overs. Opener Jakob Bhula struck six boundaries to reach a 76-ball half-century before India A broke through. Shankar cleaned up Jock Boyle for 42, followed by the wicket of Bhula, who picked out Samson off Pandya.

From there, the New Zealand XI’s lost their wheels and kept losing wickets at regular intervals which punctured their chase. Legspinner Rahul Chahar and Mohammed Siraj knocked over the middle order, while Pandya and Khaleel picked the bones. The only saving grace for the hosts was wicketkeeper Dane Cleaver’s 33 off 35, which stalled the flurry of wickets. Khaleel returned to snuff out the final three wickets and finished with an impressive 4/43 to give India A a 1-0 lead. 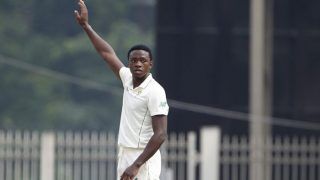 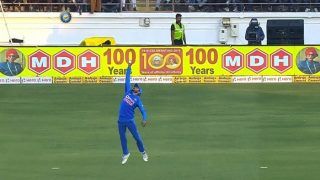