Pakistan allrounder Shoaib Malik believes no team is favourite to win the upcoming World Cup slated to be held in England and Wales from May 30.

Pakistan allrounder Shoaib Malik believes no team is favourite to win the upcoming ICC World Cup slated to be held in England and Wales from May 30.

“All the teams at the World Cup are strong and no team is favourite. Everyone has to struggle under the English conditions, where rainy weather may create problems for any team on a given day,” the Dawn quoted Malik as saying on Saturday.

The veteran cricketer has not been in great touch in the past one year. Since the start of 2018, his performances with the bat has seen a dip. He has averaged 29.21 and scored at a strike rate of just 77.62.

His overall record in England too is not good with an average of 13.63 from 23 innings with just one fifty-plus score.

However, Malik insisted that he was unperturbed by the criticism and hoped that the critics won’t be carrying out postpartum of the players’ performance in the showpiece event for “non-technical reasons”.

“I hope the critics will not carry out postmortem of the players’ (performances) during the World Cup on non-technical reasons. I have no complaint against the anchors but against (some) former cricketers, who just focus on dropping or bringing a player on the basis of (their) liking and disliking,” said the 37-year-old who will be playing his last World Cup.

“I don’t follow Pakistani media, so I don’t care about what it says of me. The big thing is that it is my last World Cup and I am in the team. I will give my best for the team as I’ve never played for myself,” he added.

Pakistan will begin their World Cup campaign against the West Indies on May 30 at Trent Bridge. 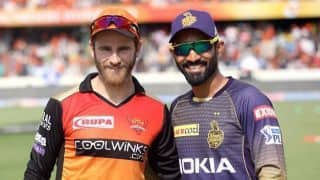 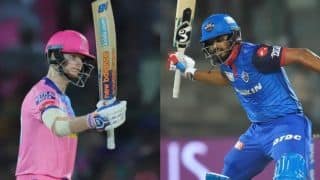