Smith had a tremendous year in 2014, emerging as one of the leading run-scorers in both Tests and ODIs.

Steven Smith won the One-Day International (ODI) player of the year at the Allan Border Medal 2015 held on Tuesday. Smith and David Warner are among the contenders for the awards ceremony held at Sydney.

Legendary pace bowler Glenn McGrath was the first ever winner of the medal back in 2000. Subsequently, the likes of Michael Clarke, Brett Lee, Shane Watson, Steve Waugh, Matthew Hayden, Adam Gilchrist, Ricky Ponting, and Mitchell Johnson have also been recipients of the award. While Clarke and Ponting have won the award four times each, all-rounder Watson has won it on two occasions. 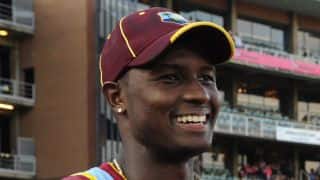