The Symonds issue started during and after the Sydney Test match against India.

Former Australia cricket team captain Allan Border has revealed that ex-all-rounder Andrew Symonds‘ cricket suffered from the time Cricket Australia (CA) had to step back from taking action in the famous ‘Monkeygate’ controversy.

Border revealed in his new book that he never liked the politics in cricket, and a stint on Cricket Australia’s board only reinforced his feelings. He claims that he still feels uncomfortable about the way CA handled the ‘Monkeygate’ controversy involving Symonds, who has West Indian heritage, and Harbhajan Singh of India in 2007-08.

The Symonds issue started during and after the Sydney Test match against India in January 2008, that was won by Australia narrowly, but there had been some controversial umpiring decisions, particularly on the final day, News.com.au reported.

Border claims in his new book that during the ODI series in India in September-October 2007, Symonds, who was Man of the Series, was racially abused by the crowds in Vadodara and Nagpur and then allegedly by Harbhajan Singh in Mumbai.

After the seventh international of that series, there was a meeting to arbitrate between Harbhajan and Symonds in which the Australians claimed Harbhajan had called Symonds a ‘monkey’.

Border claims Harbhajan and Symonds clashed in Sydney on day three of the New Year Test match, and Symonds believed he heard the Indian spinner call him ‘monkey’ again, he felt the Mumbai agreement had been broken.

The former skipper has revealed that after the Mumbai problem, the Board for Control of Cricket in India (BCCI) did nothing until the ICC pressured it to take action and in the end, the BCCI merely issued a joint statement with CA condemning racism.

Border says that the Australians felt the matter was over, but then in Sydney, the incident was repeated although Sachin Tendulkar and Harbhajan claimed that the spinner had said ‘teri maa ki…’ in Hindi, which means ‘motherf*****’ in English.

The conflict in the situation increased by the time ICC referee Mike Procter handed Harbhajan a three-match suspension for racial abuse. The Indians felt slighted that their story wasn’t accepted, and the team soon threatened to go home with two Tests remaining.

With the Indian team pressuring to go CA was forced to shun the matter and keep quiet in order to avoid a business loss and they had to move on.

However, Border claims that Symonds was aggrieved, and it affected him deeply. He added that the all-rounder’s cricket suffered from then on, and that was the start of it. Border has said that Symonds had trouble coping with his notoriety as a cricketer, adding that he never let it go.

Symonds had said that he thought CA was intimidated by the Indian cricket board, and added that the thing, he thinks, that was grinding on him the most was the lying because the allegation was that this hadn’t happened, and it had.

Border has also stated that the ‘Monkeygate’ incident also hastened his departure from the board a little, adding that the backroom deals had been done, and he was out of his depth. 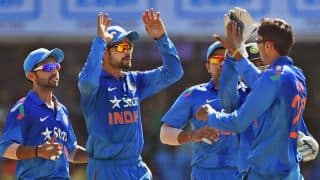