Kagiso Rabada was subsequently diagnosed with a lower-back stress reaction after South Africa's last Test series (versus Australia) at home in March.

South Africa fast bowler Kagiso Rabada‘s back injury could yet prove to be a “blessing in disguise”, according to former Proteas paceman Allan Donald. At the age of just 22, Rabada is already on top of the International Cricket’s Test bowling rankings and a key figure in a South Africa pace attack that has been having to do without the sidelined Dale Steyn. Rabada played a central role in South Africa’s recent 3-1 Test series win over Australia — their first on home soil against the Australians since re-admission.

A bitterly-contested series saw Rabada successfully appeal against a ban for colliding with Steven Smith in Port Elizabeth that would have ruled him out of the final two Tests of a campaign that was overshadowed by the Australia ball-tampering scandal in Cape Town involving then-captain Smith, David Warner and Cameron Bancroft.

Rabada was named Man-of-the-Series after taking 23 wickets at an average of under 20 apiece, but he bowled only eight overs in Australia’s second innings in the final Test in Johannesburg.

Rabada was subsequently diagnosed with a lower-back stress reaction and ruled out of all cricket for up to three months by Proteas team management. That meant Rabada could not take up a contract to play in the lucrative IPL where the Delhi Daredevils had INR 4.2 crores for his services at January’s player auction.

But, with South Africa not involved in international action again until a tour of Sri Lanka in July featuring two Tests, five one-day internationals and a lone Twenty20, Donald was glad Rabada had been forced into stepping off cricket’s treadmill.

“I think what happened to Rabada is probably a blessing in disguise because the bloke is knackered — he just didn’t look like he had anything in him in that last innings in Joburg,” Donald told AFP. “I mean that in a very nice way with his injury as he can have time to rest because at the moment he’s not getting any of that,” added Donald, now the assistant coach of English county Kent.

Since making his debut three years ago, Rabada has already played 30 Tests, taking 143 wickets at an average of 21.59 — figures that stand comparison with those of all-time fast bowling greats. “He’s our front-man at the moment — he is just an absolute gift,” insisted Donald, whose own career as a key member of the South Africa side that returned to the world stage after apartheid-enforced exile saw him take 330 wickets in 72 Tests at an average of 22.25. “He’s the best young fast bowler going around right now.”

When Rabada and fellow 22-year-old Lungi Ngidi are both fit, the Proteas’ pace attack has a decidedly youthful cutting edge, albeit 32-year-old fast-medium bowler Vernon Philander is a proven performer at Test level.

“It’s a seriously talented, young fast-bowling group,” said Donald, 51. “Dale Steyn is not there at the moment, he’s making his way back — he’ll play in Sri Lanka by all accounts — and there’s young Ngidi.” But Donald warned the Proteas quicks would not have things all their own way in Sri Lanka.

“Vernon does what Vernon does — if there’s anything in the wicket he’ll expose it. It’s going to be a different story in Sri Lanka though, that’s for sure,” he said. “They will be tested severely in Sri Lanka, and it’s not going to seam much, but they’ve got a great bunch of guys with a lot of skill there and great leadership too.” 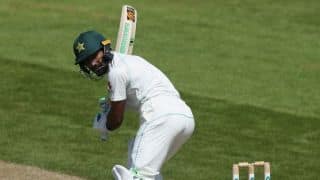 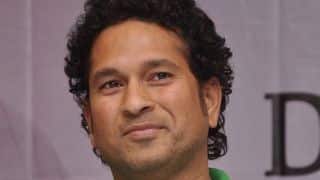