Known for his grittiness, Parthiv Patel scored six Test fifties, which included a fine 69-run knock against Pakistan in Rawalpindi while opening the batting. 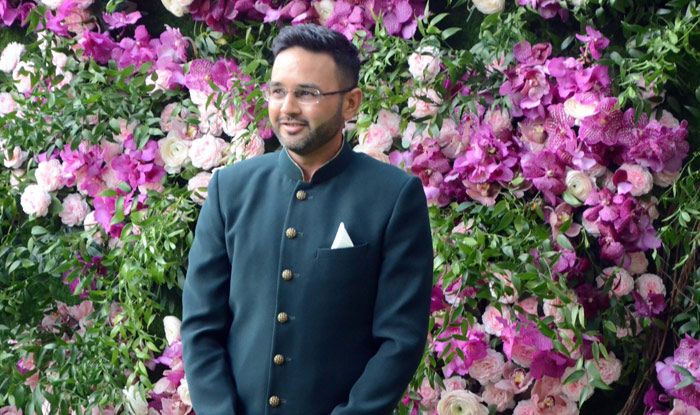 Tributes are pouring in after Parthiv Patel announced his retirement from professional cricket on Wednesday with BCCI president Sourav Ganguly calling him a ‘team man’. Parthiv made his India debut in 2002, under the captaincy of Ganguly.

He played 25 Tests, 38 ODIs and 2 T20Is during his international career.

Known for his grittiness, Parthiv scored six Test fifties, which included a fine 69-run knock against Pakistan in Rawalpindi while opening the batting.

“Parthiv has been a brilliant ambassador for Indian cricket,” Ganguly said in a statement on Wednesday. “He has always been a team man and it was a pleasure to captain him when he made his international debut at the age of seventeen.”

Ganguly said Parthiv has etched his name in Gujarat cricket history as he guided them to a maiden Ranji Trophy final thanks to a record century in the final against Mumbai during the 2016-17 season.

“His hard work has earned him laurels in international and domestic cricket. I congratulate him on a fantastic career and wish him the very best for his future endeavours. His performance in the Ranji Trophy final to win Gujarat their only title will always be remembered in the history of Gujarat cricket,” Ganguly said.

Several former and current stars took to Twitter to congratulate the baby-faced cricketer on his career and wished him luck for future.

Congratulations #ParthivPatel on a very good career. Your determination to continue to work hard and dream big despite many challenges was fantastic and I wish the best for you in the future. Happy retirement Nikke ! pic.twitter.com/P0d4E0WjDk

Congrats PP on a wonderful career. Will forever cherish some of the memorable moments we shared together. I am sure you will continue to contribute to the game. Good luck for your 2nd innings. https://t.co/2d17Rhktbo

Congratulations on a wonderful career, Parthiv!

Your never say never attitude is something that has always stood out for me and I still remember the gutsy innings you played against Pakistan at Rawalpindi as an opener.

All the very best for your future endeavours my friend. pic.twitter.com/iuWhcvjv68

Good luck for your future, Parthiv bro! Wishing you lots of success in your second innings 🤗 @parthiv9 https://t.co/BI2QChuTKW

Congratulations on a wonderful career PP, it was a privilege to work with you along the way. Enjoy the moment you deserve all the accolades. https://t.co/OztmivyFp7

You’ve had a great career PP! Wishing you the best for what the future holds for you 🤗 @parthiv9 https://t.co/mEJ9IsuBGf