The 29-year-old, an integral part of the team, said that she was considering the option of quitting the game about two to three years ago.

Australia wicket-keeper Alyssa Healy on Thursday revealed that she had almost quit cricket because of her dissatisfaction of where her career was headed. The 29-year-old, an integral part of the team, said that she was considering the option of quitting the game about two to three years ago.

“I remember having this discussion with [national selector] Shawn Flegler it wasn’t necessarily that I felt like I was at a crossroads, but I could have easily walked away from the game and been happy with what I’d done and that I’d contributed to successful teams,” Healy was quoted as saying by cricket.com.au.

“You come in at such a young age and you play for a long period of time, so you’re not sure where the end is and you feel like you can walk away and do something else with your life while you’re still young.”

Healy decided to continue, which turned out to be the right decision. Since October 2017, she has scored over 1000 runs in both the white-ball formats. She was named player of the tournament after Australia’s victorious 2018 ICC Women’s T20 World Cup campaign.

In October last year, she smashed the highest individual score in women’s T20Is, a 61-ball 148* against Sri Lanka. She was also named the ICC Women’s T20I Cricketer of the Year in 2019.

“I’m not sure [what convinced me to continue] to be fair, I think Flegs reassured me that I was doing the right thing for the team and I was doing my job, and that if I kept doing that, then some more opportunities might open up,” she said. 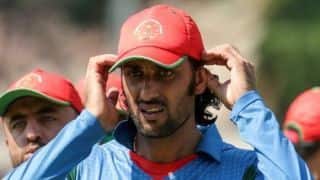 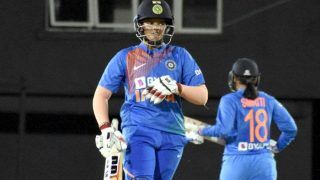