Virat Kohli, who is the only active batsman to average at least 50 in each format, stressed on keeping a positive mindset and not be worried about getting dismissed.

India captain Virat Kohli has revealed how he mentally prepares himself before facing a bowler, having analysed everything about him right from the run-up to wrist position.

Kohli, while speaking to his India teammate Mayank Agarwal, during his show Open Nets with Mayank on BCCI.tv, said it gladdens him when a bowler ends up doing exactly he anticipated.

“I analyse everything about the bowler,” Kohli said. “If he had bowled a certain kind of delivery what was his body language at that time, was something different from his run-up or something was different with his wrist. Is he holding the ball in a different way? I have done that many times.”

“And that’s a very amazing feeling when the bowler bowls where you had thought and then you smash it out of the park. Also for that, you need to be aware of what he might bring,” he added.

Kohli, who is the only active batsman to average at least 50 in each format, stressed on keeping a positive mindset and not be worried about getting dismissed.

“When you are too focused on your fears you cannot notice anything you are just worried about ‘out nhi hona‘ (I won’t get out). But when you are ready the fear goes away and you think how can I use what best in front of me to come on top in this situation,” the 31-year-old said.

Kohli will next be seen in action during the IPL 2020 which is scheduled to get underway from September 19 in the UAE. 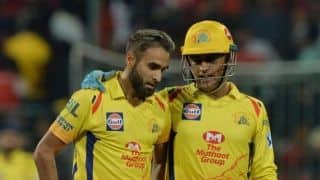 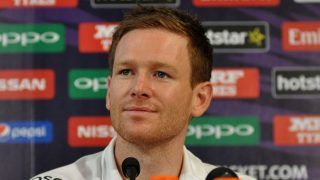 England vs Ireland 2020, 1st ODI Live Streaming Details: When And Where to Watch Online, Latest ENG vs IRE Cricket Matches, Timings in India