Former India ODI captain Ajay Jadeja feels that Ambati Rayudu's international debut will be an inspiration for all those "eternal hopefuls" who want to don the national colours. 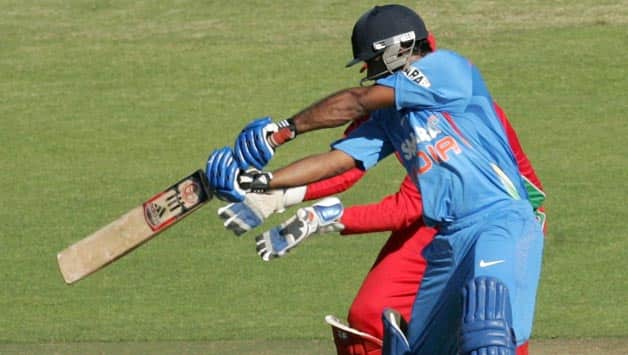 Former India ODI captain Ajay Jadeja feels that Ambati Rayudu’s international debut will be an inspiration for all those “eternal hopefuls” who want to don the national colours.

“If I can remember, Rayudu started playing First-Class cricket when I was playing for India. It took him 10 long years to finally make his senior international debut. This shows that in every aspect of life, one should never lose hope,” Jadeja told PTI on the sidelines of a prize distribution ceremony of TERI.

“I don’t think many people would have thought that Rayudu will manage to play for India although his talent was unquestionable.”

“Once you have gone through all these, there is a tendency of selectors not to pick you. What went in Rayudu’s favour was his experience at First-Class level and a solid game that he possesses,” 42-year-old Jadeja, who played 196 ODIs and 15 Tests for India, said.

Jadeja is also hopeful that Test specialist Cheteshwar Pujara will also prove his mettle in the shorter format.

“It’s not for me or you to judge whether Pujara is in the scheme of things for the 2015 World Cup but he certainly has the game and the temperament. But most important thing is what selectors think about Pujara. He has shown at the domestic level that he can play the shorter version also. I don’t see any reason why Pujara won’t be successful in ODIs,” he said.

Talking about Shikhar Dhawan, the stylish right-hander of 90’s felt that the Delhi opener will only get better with time.

“Great players are those who improve and get better with passage of time. Shikhar has started off brilliantly and he will only improve as he works on his flaws. Even Sachin Tendulkar had flaws and he has continuously worked on them,” Jadeja said.

On whether playing too many horizontal bat shots can cause him trouble, Jadeja said, “If he is a puller, it’s good but if he is a compulsive puller, it’s not good. Anything done out of choice is good but not out of compulsion.”

Asked whether the likes of Mahendra Singh Dhoni and Virat Kohli have changed the definition of a finisher in ODI cricket, Jadeja, who himself was a fine finisher in his time, explained, “The basic grammar of finishing the game is still the same.”

“Earlier, the game’s pace was dictated by the 22 players but now it is about the rules which govern the game. You have two new balls, lesser number of fielders in the circle, mandatory Powerplay by 35th over. These things certainly have become a factor.”

Ashes 2013: David Warner says he needed to be dropped after pub brawl