It was a six he hit of Trent Boult that went and broke the fridge in the MI dugout. 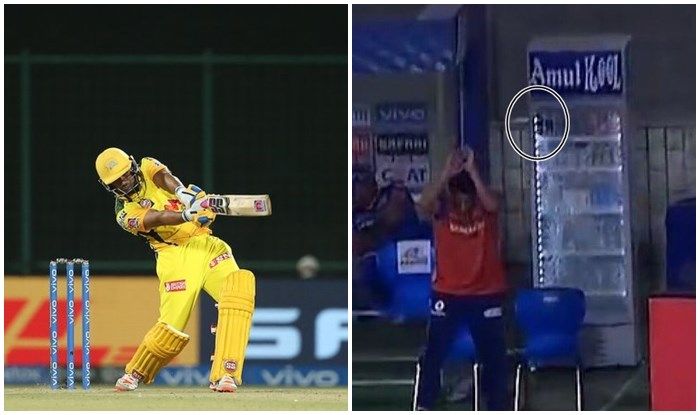 Ambati Rayudu showed that he has a lot of cricket still left in him at the age of 35. The CSK middle-order batsman smashed a breathtaking 72* off 27 balls to help Chennai post a mammoth 218 for four against reigning champions Mumbai Indians on Saturday at the Arun Jaitley Stadium in Delhi. Rayudu’s innings were laced with seven sixes and four boundaries.

But there was one hit that stood out for a certain reason. It was a six he hit of Trent Boult that went and broke the fridge in the MI dugout and that actually got the Mumbai players scared. The picture of the broken fridge and the video of the incident is going viral. Take a look:

This was the moment #MIvsCSK #IPL2021 #mi #csk #rayudu pic.twitter.com/vef1ngmURv

Rayudu walked into bat in the 12th over of the match after Faf du Plessis perished after a fine 50 off 28 balls. Rayudu came in and got started straight away. It seemed like he was batting on a different planet as some of his sixes were monstrous. Not just the pacer, he also took a liking for spinner Rahul Chahar.

Jasprit Bumrah had one of his worst days in IPL as he conceded 56 runs in his quota of four overs and picked up a solitary wicket.

Chennai would feel confident at the innings break. They have the runs on the board, now it is over to their bowlers to win it for them. CSK are currently the table-toppers and with a win here they would like to solidify their numero uno spot.

Defending champions Mumbai would have to play out of their skins to make a match out of this one. 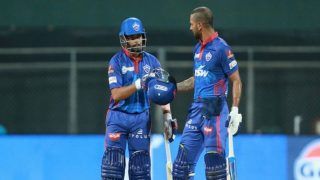 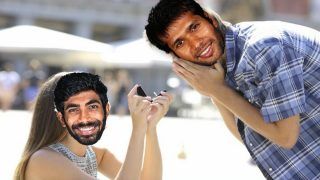