Amicus Curiae also agreed that Railways can be given full membership as an execption.

Gopal Subramanium, Supreme Court-appointed Amicus Curiae, has brushed off most of BCCI objections in their petition against implementation of Justice Lodha Panel recommendations. Subramanium agreed to only one of BCCI’s amendments from the petition. According to Cricbuzz, he believes that an increase in members of BCCI’s selection panel is a must. He wrote in his letter to SC: “Having regard to the number of selectors required, the Amicus respectfully submits that the current number of 3 selectors can be increased to 5 subject to following the criteria. The Constitution may be amended as indicated in item 12-15 of Annexure A.”

He also agreed that Railways can be given full membership as an exception: “Railways fields at least 90 per cent of the members of the Women’s Cricket Team, i.e. who play for India in the national team. A question therefore arises whether Railways must be given a full membership. In view of the security of employment of the players from Railways as well as the ability to demonstrate playing skills and having regard to women’s cricket as an integral part of Indian Cricket, it appears necessary to consider this as an exception.” He also stated that the Railways representative should be former cricketer and not a person appointed by the government.

Subramanium added that Services, Indian Universities, National Cricket Club and Cricket Club of India do not qualify as full member status. He also brushed off objections raised by BCCI over one-state-one-vote, cooling off period, nine-year tenure and other disqualification norms etc.

On the issue of cool off period, Subramanium said: “Upon the registration of the said Constitution of BCCI, each of the member States shall undertake registration of their respective Constitutions on similar lines within a period of 30 days thereafter. Elections will take place to the state associations, in the first instance, before elections take place to the BCCI.” 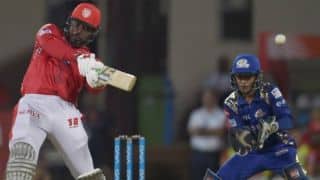 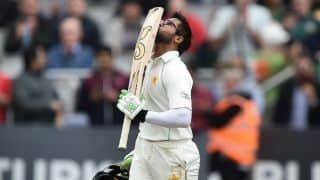 Sarfraz Ahmed: Credit to Imam-ul-Haq and Babar Azam to pull Pakistan out of scare against Ireland