Amit Mishra took to Twitter to give a befitting reply to Barmy Army, who had declared England as winners of the England vs India Test series.

England vs India, Edgbaston Test: India, after dominating the Edgbaston Test match for almost close to 3 days, succumbed to a 7-wicket loss against England, thanks to their hapless batting performance in the fourth morning of the Test clubbed with some not-so-smart bowling in the fourth innings of the match. England, however, grabbed the opportunity with both hands, the moment they saw an opening and recorded a historic chase at Edgbaston that helped them level the five-match series 2-2.

Barmy Army, however, seems to have been playing a series of their own that no other board or even the global governing body of cricket (ICC) is aware of. They have announced England as winners by virtue of winning the Edgbaston Test, a true testament to their long-drawn history of distorting facts to suit their own needs, at times ego as rightly pointed out by former India spinner Amit Mishra.

Haash! British and their habit of distorting history for their own advantage. https://t.co/OIfSKWctXJ

The Edgbaston Test was part of the five-match series played last year during India’s tour of England. However, the final Test had to rescheduled due to Covid positive cases in the India camp last year. India were leading the series 2-1 going into the Edgbaston Test. A lot had changed since then in both the camps. Virat Kohli is longer the captain of India and the visitors were without the services of their regular captain Rohit Sharma who was ruled out after testing positive for Covid-19.

Jasprit Bumrah was the stand-in captain for the visitors while England were led by Ben Stokes, who took over the job from Joe Root. 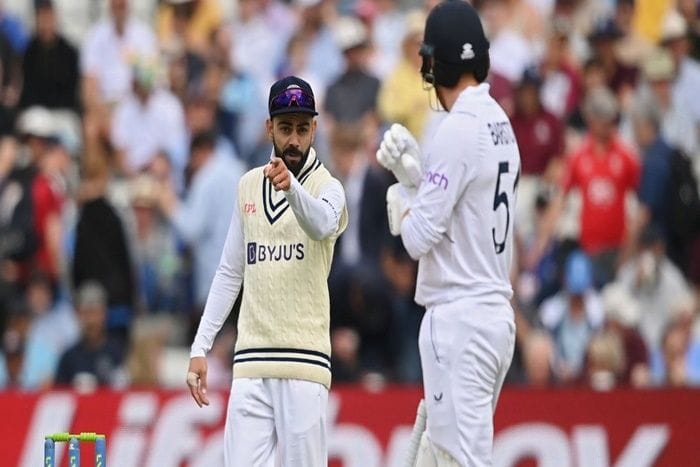