The match is organised by South Indian Film Artistes' Association at Chennai.

Chennai: Megastars Amitabh Bachchan and Chiranjeevi are likely to attend the Nadigar Sangam star cricket match organised here on April 17 by the South Indian Film Artistes’ Association. “Invitations have been sent to Amitabh Bachchan and Chiranjeevi. We are expecting them to attend the opening ceremony of the tournament,” a source from the Nadigar Sangam told IANS on Thursday, adding Tamil superstars Rajinikanth and Kamal Haasan will also attend the event. A total of 48 actors will participate in the tournament, which will feature eight teams. READ: Rajnikanth, Kamal Haasan to feature in cricket match on April 10

“It will be a knockout-based tournament with six matches,” the source added. The proceeds from this tournament will be used for the construction of new building for Nadigar Sangam. The television rights of the event is said to be sold for a whopping Rs.9 crore. Earlier, DNA had reported that South Indian film industry superstars Rajnikanth and Kamal Haasan will play a cricket match on April 10 at Nadigar Sangam

Nadigar Sangam was previously known as South Indian Artistes’ Association (SIAA). It is running short of money to build their new office. Actor Vishal Krishna Reddy (General Secretary of Nadigar Sangam) had told some news channels and print media that they will raise money by hosting a cricket match which will feature some prominent and popular actors of the film industry. At that time, Nadigram had just Rs. 48 lakhs in cash and they received some money amounting to approximately two crores through loans so that they reclaim the land and also fix their lease agreement which they have with SPI Cinemas, a multiplex chain and a film production company. 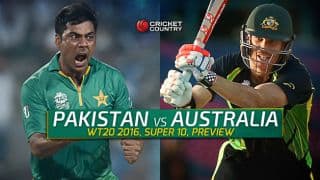