As per the directives of the CoA, the BCCI acting secretary has to sign all appointments within a five-day period.

Board of Control for Cricket in India (BCCI) acting-secretary Amitabh Choudhary has once again refused to sign the appointment letter of General Manager (GM), Marketing, Communications and Digital.

Choudhary’s decision is in contrast to the Supreme Court appointed Committee of Administrators (CoA) that has already cleared the appointment of Priya Gupta for the post.

In an email reply to CoA, Choudhary said, “So far as the recommendations of the Justice Lodha Committee, there would be a, maximum of six mangers to assist the CEO who would have expertise primarily in the streams of Operations, Finance, Technical, Compliance (legal), Human Resources and Media.”

“Clearly, the need for Marketing Manager in an institution like BCCI was not felt to be of primary concern even by the Hon’ble Justice Lodha Committee,” he added.

As per the directives of the CoA, the BCCI acting secretary has to sign all appointments within a five-day period. 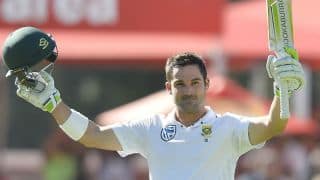