South Africa's vice-captain Hashim Amla backed AB de Villers' appointment as skipper of the ODI and Twenty20 side, saying the wicketkeeper-batsman is the right man to shoulder the "huge responsibility". 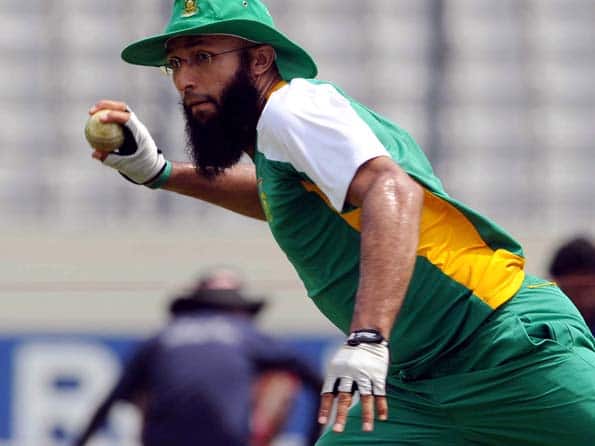 South Africa’s vice-captain Hashim Amla backed AB de Villers’ appointment as skipper of the ODI and Twenty20 side, saying the wicketkeeper-batsman is the right man to shoulder the “huge responsibility”.

“De Villiers was a better candidate because I don’t believe I would have been the right guy for it, since it is a huge responsibility,” Amla said.

“I prefer as far as possible to stay out of the limelight and that’s why the vice-captain position suits me better,” he added.

Thanks to his prolific run over the past one year, Amla, who was named the player of the year in 2010, was widely touted to be the next captain after Graeme Smith decided to step down from the post in ODIs and T20.

“Naturally the media speculation about the next captain after Graeme’s announcement left me wondering whether I wanted that responsibility, but I am happy to rather be the vice-captain,” he told the Afrikaans weekly Rapport.

Amla also rubbished reports that he declined the captaincy.

“It is not true that was I asked to be captain and declined the position. I gave up the captaincy of (provincial side) Dolphins because I wanted to concentrate on my batting and that is also my plan in the national side.”

Amla, who is still not guaranteed a place in the T20 side, is keen to cement his place.

“That’s my next target – to get as many playing opportunities as possible in the shortest form of the game and to show that I can also match anyone there,” he said.

De Villiers was also pleased to have Amla as his deputy, saying that they would work together, with the focus firmly on the 2015 World Cup.

Smith gets 'Mampara of the week' title