Anil Kumble's is India's most successful bowler in Tests and ODIs.

India appointed Anil Kumble as their head coach recently after he was picked by the Cricket Advisory Committee (CAC) led by Sachin Tendulkar, VVS Laxman and Sourav Ganguly. Amul, who come up with witty comments about an issue have come up with another one of Kumble this time. Kumble was appointed as the coach for a period of one year. India have not had a coach since Duncan Fletcher’s contract had expired after India’s exit in the ICC World Cup 2015. Since then, it was Ravi Shastri in the capacity of Team Director, who was managing the day-to-day affairs of the team till the end of the ICC World T201 2016. READ: Anil Kumble: Want to work as an enabler for things to happen

Shastri too was in the running to become the coach, but the CAC voted in favour of Kumble, who’s first assignment will be the four-Test series against West Indies at the Caribbean. Kumble is India’s most successful bowler with the most number of wickets in Tests and One-Day Internationals (ODI). Kumble will be assisted by Sanjay Bangar, who will be the batting coach and former Delhi player Abhay Sharma, who has been roped in as the fielding coach. We will have to wait and see if India appoint a bowling coach. If they do so, Venkatesh Prasad could be one of the front-runner for the job. READ: Anil Kumble: It was nerve-racking to give interview for Team India coach

Kumble recently spoke about his experience of being interviewed by three legends of the game. “Sachin was on teleconference, but of course there was Dada [Ganguly] and Laxman on the other side of the table, so it was nerve-racking but it was great to present a plan,” Kumble was quoted as saying by bcci.tv. 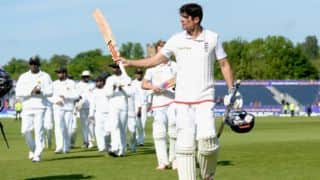 England in Bangladesh 2016: Schedule announced for 2 Tests and 3 ODIs in October 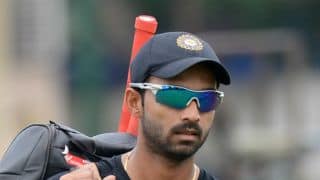