Former New Zealand Women captain Amy Satterthwaite is back in the side for the tour of Australia after her break from the sport to have a child.

While Doughty will hope to make her debut, Satterthwaite is returning after a maternity leave following the birth of her first child last year. Watkin had last played in 2018.

New Zealand is set to travel to Australia on September 9 for the series which features three T20Is, starting with the opening match on September 26. The T20s will be followed by three ODIs will starting on October 3.

“We’re definitely going over there to bring back the Rose Bowl,” said captain Sophie Devine in a statement issued by the country’s cricket board.

“The team are under no illusions – it’s going to be a tough task taking on a world-class Australian team. We’re an experienced group and having Amy back in the fold only adds to our batting depth and on-field leadership.

Welcoming the new and returning players, head coach Bob Carter said: …we’re looking forward to working with them over an extended tour period. We are also thrilled to have Amy back fit and ready to play.

“She has a proven record at the top of the order and has scored heavily against Australia in the past so her experience will be invaluable.” 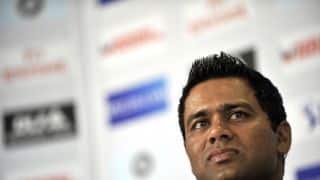