Alex Keath could be one of the few to play both sports following his departure from the Victoria cricket team.

Australia domestic cricketer Alex Keath could play both cricket and Australian rules football, if latest reports are to be believed. The 23-year-old, who was axed by the Victoria Cricket Team at the end of the domestic season in April earlier this year, could play for South Australia as well as train with Australian Football League (AFL) side Adelaide Crows. Keath made his first-class debut in December 2010, putting an offer from AFL’s Gold Coast Suns aside to pursue his cricket dreams. His selection for South Australia depends on his connections with the team’s High Performance Manager Tim Nielsen, who oversaw Keath’s stint with the National Cricket Centre in Brisbane.

My discussions with Alex strongly suggest he will remain dedicated to his cricketing dream. He is a single-minded young man who wants to make it in cricket,” Cricket Victoria operations manager Shaun Graf was quoted as saying according to a report on cricket.com.au shortly after the axing of Keath from the Victorian team.

Quite a few AFL clubs have maintained a slight interest in the cricketer despite the latter’s shun of the sport in 2010, the move of which was hailed by Cricket Australia CEO James Sutherland.

“Cricket continues to improve its position as a sport of choice for talented young athletes. Alex has shown himself to be a cricketer of high potential and I wish him every success in his chosen sport,” Sutherland was quoted as speaking to The Age in April 2010, a few months before Keath would make his FC debut. However, Keath did not get as many opportunities in his stint with Victoria, appearing in only six Sheffield Shield and nine Matador Cup matches during his five-year spell. 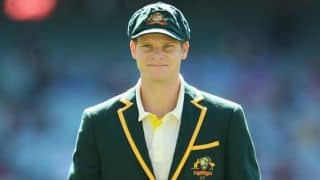