Exciting West Indies all-rounder Andre Russell is champing at the bit to face Australia, and says he is backing himself to execute against the former World Champions. 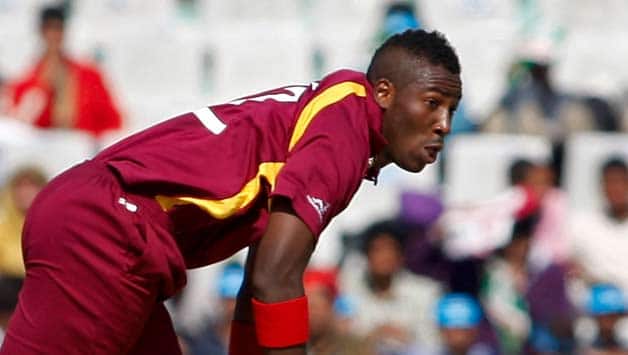 Exciting West Indies all-rounder Andre Russell is champing at the bit to face Australia, and says he is backing himself to execute against the former World Champions.

Russell, along with the Darren Sammy-led West Indies side, arrived on Saturday following 28 hours of travel from the Caribbean.

The West Indies will play the Aussies in five-match One-Day International series and a one-off Twenty20, beginning Feb 1 in Perth.

The last time Russell faced Australia in ODIs, he was on top of his game with bat and ball, helping the West Indies to a 2-2 verdict in the five-match series in the Caribbean last year.

With those memories still fresh, the athletic Jamaican is hoping he can once again have a say in the outcome of the series.

“It boosts my confidence playing against top teams such as Australia. It boosts me as a player,” Russell said on arrival.

“I am looking forward to doing well again against Australia. I’ve gotten some good scores against them and put on a crucial partnership with Sammy but we couldn’t get the job done the way we would’ve liked to get it done in that game.”

“I’ve got a few four-wicket hauls against them so I’m looking forward to at least getting a five this time and boost my career a bit.”

In that Caribbean outing, Russell came alive in the third game with the series locked at 1-1, punching a cameo 37 from 42 balls in a 64-run, seventh wicket stand with Carlton Baugh, as the contest ended in a dramatic tie.

His near run-a-ball 34 and two-wicket haul in the fourth game saw Windies to victory but his 33-ball 41 – in a century stand with Sammy – and four wickets were not enough to save the hosts from defeat in the final game.

Though it will be his first time playing in Australia, Russell said he expected conditions to be favourable.

“I’m looking forward to doing my best in Australia. There will be bouncy weeks and I hope it pleases the way I play in terms of bowling and batting so I am looking forward to a good series,” said the 24-year-old, who bowls a brisk right-arm medium pace.

The West Indies will open the tour with a one-day encounter against a Prime Minister’s XI Tuesday, and Russell said doing well in that game would be important for the team as it would set the tone for the series.

“It is very important to get a good start and see what happens from there. It will be good to get rid of the jet lag as soon as possible,” Russell pointed out.

Ranji Trophy: The heroes who held Mumbai's fort when the big stars were away on national duty... Part 3 of 3