Currently, West Indies are 96 for the loss of seven wickets in 27 overs with Darren Sammy on 15.

West Indies power-hitter batsman, Andre Russell was dismissed for mere eight by all-rounder, Ravindra Jadeja after being comfortably taken by Virat Kohli at long off against defending champions, India in their Pool B encounter, match 28 of the ICC Cricket World Cup 2015 at the WACA ground in Perth on Friday. Currently, West Indies are 96 for the loss of seven wickets in 27 overs with Darren Sammy on 15 and Jason Holder on one. Live Updates: India vs West Indies 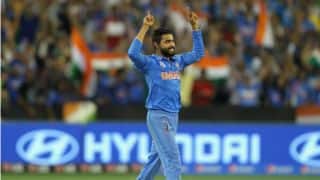 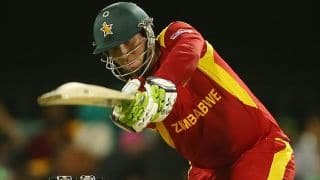