Andrew Flintoff's possible comeback to cricket frustrated by the weather.

Andrew Flintoff‘s possible comeback to competitive cricket following a five-year absence was frustrated by the weather in Birmingham on Friday. The all-rounder, whose last appearance for England was against Australia in the 2009 Ashes finale at The Oval, was included in Lancashire‘s squad for their domestic Twenty20 match against the Birmingham Bears (Warwickshire).

But Fridays match at Edgbaston was abandoned without a ball being bowled after rain began to fall 90 minutes before the scheduled start and did not let up. “I reckon I might get one before my 40th,” Flintoff wrote on Twitter, in response to Lancashire team-mate Kyle Hogg tweeting: “will have to wait again for a game.”  Flintoff, 36, announced he was coming out of retirement in May when it was announced he’d signed a short-term Twenty20 deal with home county Lancashire after training at Old Trafford in the build-up to the season.

He then played for Northern League club St Annes and made a couple of appearances for Lancashire’s 2nd XI. Flintoff had been named in Lancashire’s squad for their Twenty20 match against Northamptonshire two weeks ago, but only as cover in case of injury. But Friday’s match was the closest he’d come to playing for the senior side this season, although the abandonment took place before the teams had been announced. “With the weather we didn’t really get to know what the game was going to entail, but he had a strong chance of playing tonight,” said Lancashire captain Glen Chapple.

“He has been in decent form for a while and as a team we have been in good form. The players have been doing their jobs really well and it maybe comes down to a tactical change on certain pitches rather than leaving a player out. There is not going to be any chances taken with our team selection no matter who we play,” veteran seamer Chapple insisted. Flintoff is expected to remain in Lancashire’s squad for their next scheduled match in the competition, away to Worcestershire at New Road on Sunday. 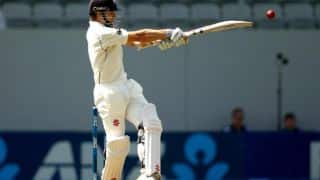 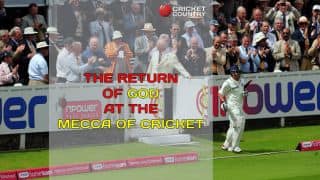