Andrew Strauss is stepping down from his post due to his wife, who is suffering from cancer and will undergo a challenging treatment in upcoming days.

England cricket director Andrew Strauss is to stand down temporarily for the season while his wife Ruth continues her treatment for cancer, with Andy Flower filling in while the former Test captain is on leave.

“My wife was diagnosed with cancer in December,” Strauss told reporters at Lord’s on Tuesday. “We are very lucky she has been very well up to now although she is starting a new treatment on Friday which is going to be more challenging for her and as such I am going to be stepping back from my day-to-day duties while that treatment is going on.” He added: “On a day-to-day basis Andy Flower is going to be stepping in for me over the course of the (English) summer.”

Flower was England’s coach while former opening batsman Strauss enjoyed a successful spell as national captain that included a 2010/11 Ashes series victory in Australia. The former Zimbabwe batsman has remained in the England and Wales Cricket Board set-up and is currently the coach of England’s second-string Lions.

“We all know about his qualities and his experience of both England and English cricket and he will fill in my shoes very adequately,” said Strauss. “I look forward to returning and grabbing the reins again but at this period of time my focus has to be on supporting Ruth and my family at a challenging time for us.”

England face Pakistan at Lord’s on Thursday in the first of a two-Test series following a miserable 2017-18 tour programme that saw them fail to win any of their seven Tests in Australia and New Zealand.

Strauss has since appointed a new national selector in Ed Smith, a former England batsman. And on Tuesday he revealed the establishment of a scouting network made up of six former England players in Marcus Trescothick — still playing for Somerset — Glen Chapple, Steve Rhodes, Richard Dawson, Chris Read and James Taylor to assist Smith.

“They will be compiling reports on players of interest to us,” said Strauss. “Ed Smith will be appointing his own England selector to help him select the team over the course of the summer as well.”

Before announcing his decision to step down, Strauss spoke to the England squad and confirmed the midnight curfew established in Australia as a result of an embarrassing alcohol-related incident involving Jonny Bairstow ‘headbutting’ Cameron Bancroft in Brisbane would remain in place.

“Players are clear about what is expected of them while on England duty and I reaffirmed that today when I spoke to the players,” said Strauss, 41. “It (the curfew) is one thing the players got used to over the course of the winter. We are a high performance environment and guys being professional about how they prepare for games is not something that should be frowned upon, it should be expected of players.”

Meanwhile Strauss indicated the ECB were considering appointing specialist head coaches for their Test and white-ball men’s teams when Trevor Bayliss steps down after next year’s Ashes.

The Australian is in charge across the board but Strauss said: “It is very hard for one coach to coach all formats. It is possible, and most other teams go down that route, but we play more cricket than anyone else and that is something we will definitely be looking at,” he added. 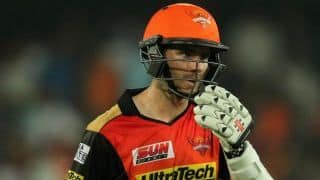 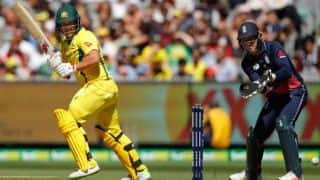