Symonds will share the reins with ex-Queensland and Australian Country mentor Vic Williams for the Under 19s tournament.

Adelaide: Dec 8, 2014
Former Australian Test cricketer Andrew Symonds has been named as Queensland’s Under-19 co-coach ahead of the national titles here.

In his first official coaching gig, Symonds will share the reins with ex-Queensland and Australian Country mentor Vic Williams for the Under 19s tournament to be held from January 12-22. Williams said the Townsville-based Symonds would link with the recently named squad before they flew out to Adelaide.

“Many of these young blokes are at the stage where they are getting ready to take the next steps into Premier Grade cricket and possible state squads so Roy will have plenty to teach them about that,” Williams was quoted as saying by the Australian AAP news agency.

“When he was playing, he was renowned for his game sense and ability to read the play and make whatever adjustments he needed to be successful, so he will be good to go away with this group,” said Williams, also Queensland’s high performance coaching coordinator.

Symonds was embroiled in the biggest controversy of his career after alleging that India off-spinner Harbhajan Singh racially abused him in the Sydney Test in 2008. 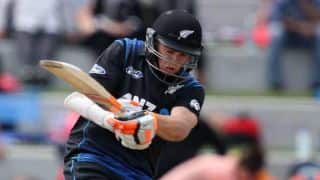 Pakistan vs New Zealand 2014: Tom Latham run out for 13 by Younis Khan 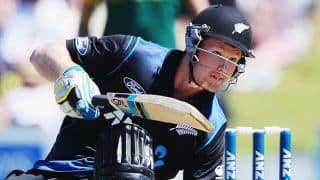