The team management had earlier decided to rest Pat Cummins for the T20I series ahead of the upcoming Ashes.

Australia have recalled pacer Andrew Tye as a replacement for Pat Cummins for the three T20 Internationals against India. The team management had earlier decided to rest Cummins for the T20I series ahead of the upcoming Ashes. Cummins has played all three matches in the ODI series so far. Tye, a T20 specialist, has played five matches for Australia and last represented the country in February. Cricket.com.au reported that Tye has replaced Cummins for the series beginning in Ranchi on October 7.

The second and third game will be played in Guwahati and Hyderabad on October 10 and 13 respectively. Tye has not played any cricket since dislocating his shoulder during the Indian Premier League earlier this year. Playing for Gujarat Lions this IPL, Tye enjoyed success, including a match-winning hat-trick against Pune, until he suffered the shoulder injury.

The last time these teams met in a T20I bilateral series, India clean swept Australia 3-0 in their own den. The India Team then led by MS Dhoni outplayed Australia in all the departments. Virat Kohli was awarded Man of the Series. He, in fact, is the only player who averages over 50 across form formats. 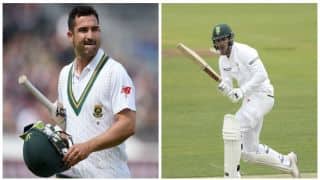 Mithali Raj's life story to be narrated through Bollywood biopic